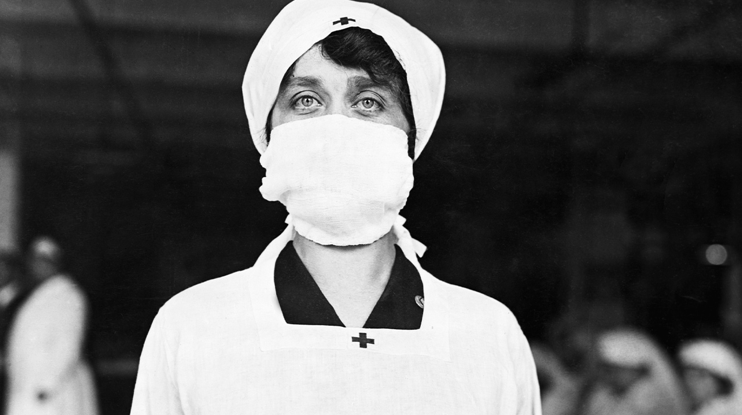 SARS, the 1918 flu pandemic, and Ebola have all helped public health officials prepare for major outbreaks.

Each major outbreak is different though, and experts have a hard time predicting how they will end.
The fallout of each disease largely depends on other circumstances — when we catch it, how contagious and fatal it is, how hygienic people are, and how quickly a vaccine or cure becomes available.
With new cases of the new coronavirus disease, COVID-19, growing day by day, it’s natural to compare the new disease to other outbreaks in recent history.

There was the 1918 influenza, for example, that infected nearly a thirdTrusted Source of the world’s population before it fizzled out.

Then came other threatening viruses that appeared out of nowhere: severe acute respiratory syndrome (SARS), the H1N1 influenza in 2009, and Ebola.

Eventually, we got a handle on all of them.

But the fallout of each disease largely depends on other circumstances — when we catch it, how contagious and fatal it is, how hygienic people are, and how quickly a vaccine or cure becomes available.

The death rate isn’t the only determining factor regarding how devastating and deadly a pandemic will be, according to Dr. Christine Kreuder Johnson, a UC Davis professor of epidemiology and ecosystem health and researcher on USAID’s Emerging Pandemic Threats PREDICT project.

Here, we’ll take a look at how COVID-19 stacks up to other major outbreaks so far:

1918 influenza
The 1918 Spanish flu epidemic was the deadliest flu season we know of, infecting about one-third of the world’s population.

“The 1918 pandemic strain of influenza was new and novel for most people under the age of 40 or 50, but that’s where the death rate really was high — that’s different than the usual flu,” said Dr. Mark Schleiss, a pediatric infectious disease specialist with the University of Minnesota.

Back then, scientists didn’t know viruses caused disease, and we didn’t yet have a vaccine or antivirals to help prevent or treat influenza, nor did we have antibiotics to treat secondary bacterial infections.

Life was also very different back then — for one, we were in the middle of a war and soldiers carried the virus with them all over the world. People were also living in very crowded conditions and had extremely poor hygiene — this helped the disease build and build, according to Johnson.

Seasonal flu
The flu strikes every year, but no two seasons are exactly the same.

Because strains mutate each year, it can be hard to predict what will hit. Unlike COVID-19, we have effective vaccines and antiviral medications that can help prevent and reduce the severity of the flu.

Additionally, many people have residual immunity to the flu from years past, as our bodies have seen the flu before.

We don’t have any immunity to COVID-19, and it appears to be more contagious and fatal than the flu so far, but this could very well change as we learn more.

Key symptoms: fever, cough, sore throat, fatigue
Global cases annually: 9 percentTrusted Source of the population, or about 1 billion infections (up to 5 million of which are severe)
Global deaths annually: between 291,000 to 646,000Trusted Source; death rate around 0.1 percent
Transmission: spreads through respiratory droplets; each diagnosed person passes it to 1.3 persons
Most affected groups: older adults and people with compromised immune systems
Treatment available: antiviral medications (Tamiflu, Relenza, Rapivab, Xofluza) to reduce duration and severity of flu
Vaccines available: there are many vaccine optionsTrusted Source available that provide immunity against multiple strains of influenza

2002–2004 severe acute respiratory syndrome (SARS)
SARS is another type of coronavirus that came out of China and spread quickly through respiratory droplets. Though the SARS death rate was higher than COVID-19, COVID-19 has already claimed more lives.

According to Johnson, contact tracingTrusted Source — or monitoring people in close contact with those who contracted it — was really effective with SARS, largely because symptoms were severe and therefore easier to identify and contain.

In addition, Schleiss said the SARS virus didn’t have the “fitness to persist in the human population,” which eventually led to its demise.

Schleiss added this doesn’t seem to be the case with COVID-19, which seems to be able to spread and thrive in the human body.

Overall, though SARS’ death rate was higher, COVID-19 has led to “more fatalities, more economic repercussions, more social repercussions than we [had] with SARS,” Johnson said.

2009 (H1N1) flu pandemic
Back in 2009, a new type of flu — an H1N1 strain — popped up and people panicked because we didn’t have a vaccine and the novel strain was spreading fast.

Like COVID-19, there was no immunity at the start of the outbreak. We did have antivirals to facilitate recovery, and by the end of 2009, we had a vaccine which — combined with higher levels of immunity — would provide protection in future flu seasons.

Still, it claimed over 12,000 lives in the United States.


2014–2016 Ebola
Ebola was extremely deadly, killing up to 50 percent of those who got sick. But because it predominantly spread through bodily fluids like sweat and blood during the last stages of the disease, it wasn’t as contagious as COVID-19.

Plus, because symptoms were so severe, health officials were able to quickly identify those who’d been in contact with people who had it and isolate them.

“You don’t have relatively healthy people with the [Ebola] virus walking around shedding the virus — going on the bus, going shopping, going to work — like we do with this,” Johnson said.

And some early reports say COVID-19 may have a higher death rate than the seasonal flu. But we may soon find out it’s less deadly than initial reports since so many people with COVID-19 have mild symptoms or are asymptomatic and therefore don’t see a doctor and are largely unaccounted for.

“The death rate really is something we just have to take with a grain of salt until we have enough information,” Johnson said. This is a rapidly evolving situation, and numbers and estimates are likely to change as we learn more.

Key symptoms: cough, fever, shortness of breath; 80 percent of cases are mild
First detection: December 2019 in Wuhan, China
Global cases to date: Over 127,000 cases
Global deaths to date: Over 4,700; the global death rate is estimated at 3.4 percentTrusted Source, but certain areas are seeing a death rate of just 0.4 percent
Transmission: spreads through respiratory droplets along with feces and other bodily secretions; each person passes it to 2.2 others which will likely fall as containment and quarantine efforts increase
Most affected groups: adults over 65 with underlying health conditions; children seem to be spared and are experiencing milder symptoms (in China, children account for just 2.4 percent of cases)
Treatments available: none; supportive care is provided, pain relievers and fever reducers can alleviate symptoms, and antibiotics can help treat secondary bacterial pneumonia and antivirals used with other viruses are being administered to help with recovery
Vaccines available: none yet; a vaccine will likely be ready in about one year

So, when will things calm down with COVID-19?

According to Schleiss, it’s going to take herd immunity — which basically blocks out the virus when a large chunk of the population is immune from already being sick — along with an effective vaccine.

“We really, really need a vaccine,” he said, adding that because the Food and Drug Administration will need to prove a vaccine is safe, it could take a year or two — best case scenario.

We also have a lot more we need to learn: the prevalence of the infection along with how you contract the virus and all the different roads of transmission.

Until then, we’re going to need to practice social distancing to help minimize the number of people who contract it, says Johnson.

We’ll need to work together to limit exposure to one another — especially with older adults and people with underlying illness who have the greatest risk of developing severe symptoms.

We don’t need to panic. Remember: The vast majority of COVID-19 cases are mild. But we do need to take action to contain the spread and protect those who are most vulnerable.

The bottom line
COVID-19, the disease caused by the new coronavirus, isn’t the first threatening disease that’s surged around the world — nor will it be the last.