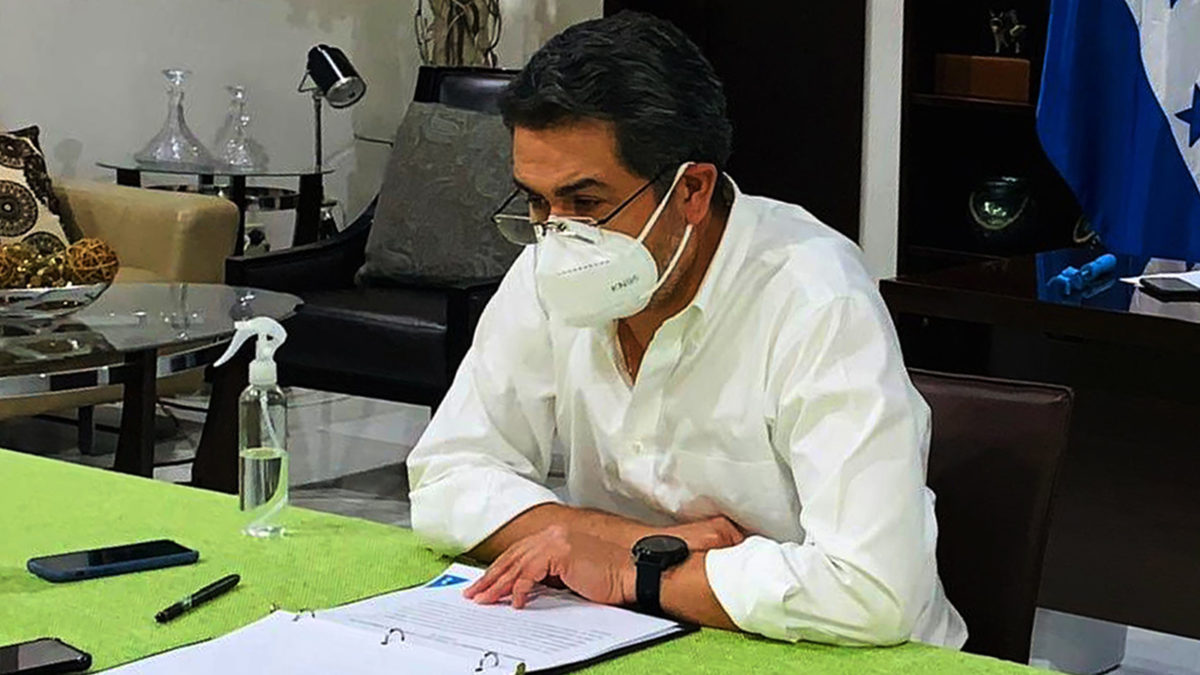 Honduran President Juan Orlando Hernández is being treated for pneumonia after having “slight leaks in the lungs.”

The President is “stable, in good spirits and receiving medication,” according to Francis Contreras, a spokesman for the Honduran Health Regulation Agency.

President Hernández said Wednesday he and his wife had tested positive for Covid-19.

Honduran First Lady, Ana García de Hernández, is stable and without symptoms, according to Chancellor and Commissioner for the pandemic, Lisandro Rosales.

Hernández is the first president in the world to announce he has tested positive for the virus.