Home > News > Hopes rise that Spain is passing its peak 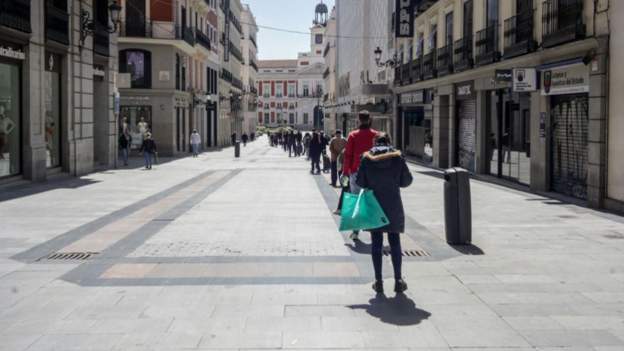 The number of people to have died in Spain in one day has fallen for the third day in a row, to 674.

While Spain reached a grim milestone this weekend – its number of cases surpassing Italy’s yesterday – the figures are also raising hopes that the country is passing the peak of its outbreak.

Today’s daily death toll is the lowest in 10 days, and the first time since 26 March that fewer than 700 people have died in a one-day period.

However, the fight is far from over for Spain. Prime Minister Pedro Sánchez extended the nation’s lockdown for another three weeks until 26 April, telling the nation that the restrictions were “saving lives”.

In an op-ed published in Spanish newspaper El País and British newspaper the Guardian today, Mr Sánchez also warned the rest of Europe not to be complacent.

“It is time to break with old, national dogmas. We have entered a new era and we need new responses. Let us hold on to our positive values and reinvent the rest,” he wrote.

“We must act now or never, because, right at this moment, Europe itself is at stake.” 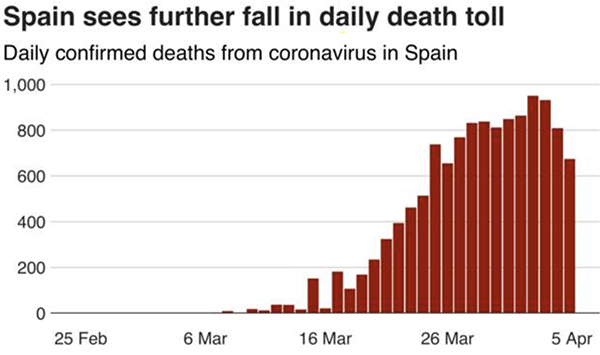 Marianne Faithfull in hospital with coronavirus