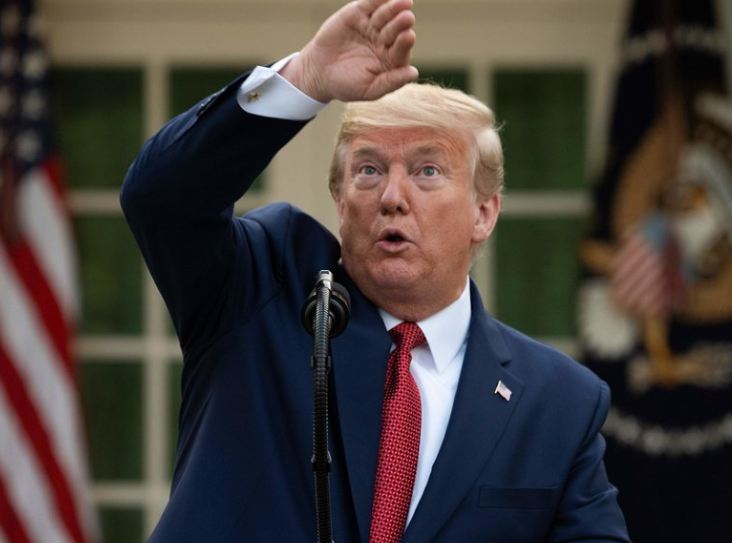 Two weeks ago, President Trump entered the White House briefing room and announced an aggressive plan to slow the spread of the coronavirus.

For 15 days, stay home, he told Americans. Avoid groups of more than 10 people. “If everyone makes this change, or these critical changes, and sacrifices now, we will rally together as one nation and we will defeat the virus,” he said.

On Sunday, the night before Day 15, Trump told the country to stick with the plan for another month, until April 30.

“The better you do, the faster this whole nightmare will end,” Trump said.

In the beginning, Trump focused on the virus. “We’re getting rid of the virus,” he said. “That’s what we’re doing. That’s the best thing we can do. By the way, for the markets. For everything. It’s very simple. It’s a very simple solution. We want to get rid of it.”