Home > News > World > How complicit is the WHO in China’s coronavirus cover-up? 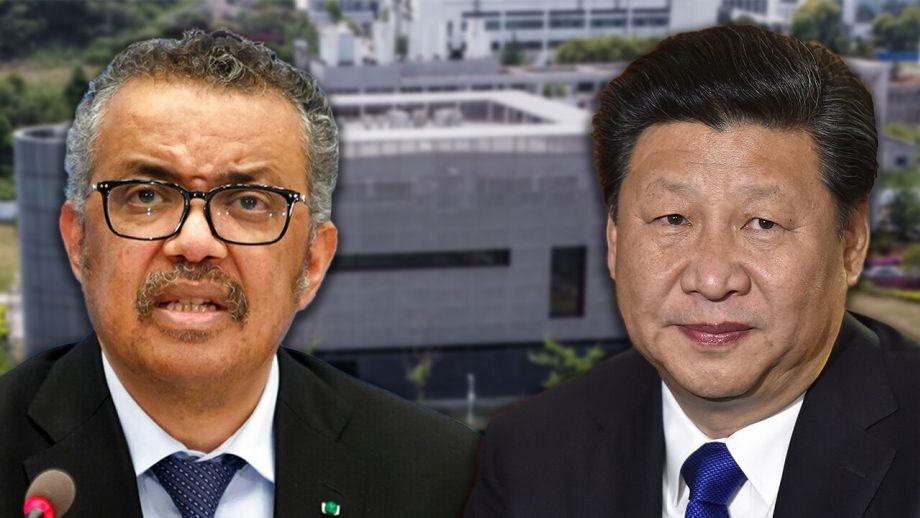 The World Health Organization (WHO) has increasingly come under the spotlight in recent weeks for its role in the coronavirus outbreak, culminating in the Trump administration temporarily halting funding.

Its role has prompted a cloud of criticism and questions over who knew what and when.

So how complicit or blind was the UN agency to the unfurling China concealment of the coronavirus?

“It is hard to say definitively at this point, which is why there needs to be an independent, external investigation into the WHO response to COVID-19 and China’s potential influence over its decisions,” Dean Cheng, a senior research fellow at the Heritage Foundation, told Fox News. “What the WHO has done is to accept Chinese claims and statistics, no matter how outlandish. This should be clear, as the Chinese just ‘corrected’ their Wuhan fatality figure by 50 percent. The WHO never questioned the original statistics.”

The U.S. is conducting a full-scale investigation into whether the coronavirus, which went on to morph into a global pandemic, escaped from a lab in Wuhan, China, Fox News reported earlier this week.

Fox News first reported on Wednesday that there is increasing confidence that the outbreak likely originated in a Wuhan lab, not as a bioweapon but as part of a Chinese effort to show that its efforts to identify and combat viruses are equal or greater than those of the U.S. Officials and the intelligence community have confirmed to Fox News that they have taken the possibility of the coronavirus being man-made or engineered inside China as some sort of bioweapon off the table and have ruled it out at this point.

Intelligence analysts are piecing together a timeline of what the government knew and “creating an accurate picture of what happened,” the sources said.

U.S. officials are 100 percent confident China went to great lengths to cover up after the virus was out, the sources said.

Additionally, the sources believe that the World Health Organization was either complicit in the coverup or looked the other way. Publicly, the WHO has insisted that there is no evidence it originated in the laboratory.

The holes in the information disseminated from the UN body – the only international group tasked with global health – are ascending.

According to the Wall Street Journal, doctors in Wuhan were aware the virus could spread between humans as early as the beginning of December, with patients falling ill despite having had no exposure to the wet market.

The first confirmed case from inside Wuhan was said to have been logged on December 8, a woman who claimed to have not been connected to the market. It raises questions about what went on during the weeks in between, the WHO’s own investigative abilities and why an initial tweet sent by the WHO on January 14 said there was “no evidence of human to human transmission.” 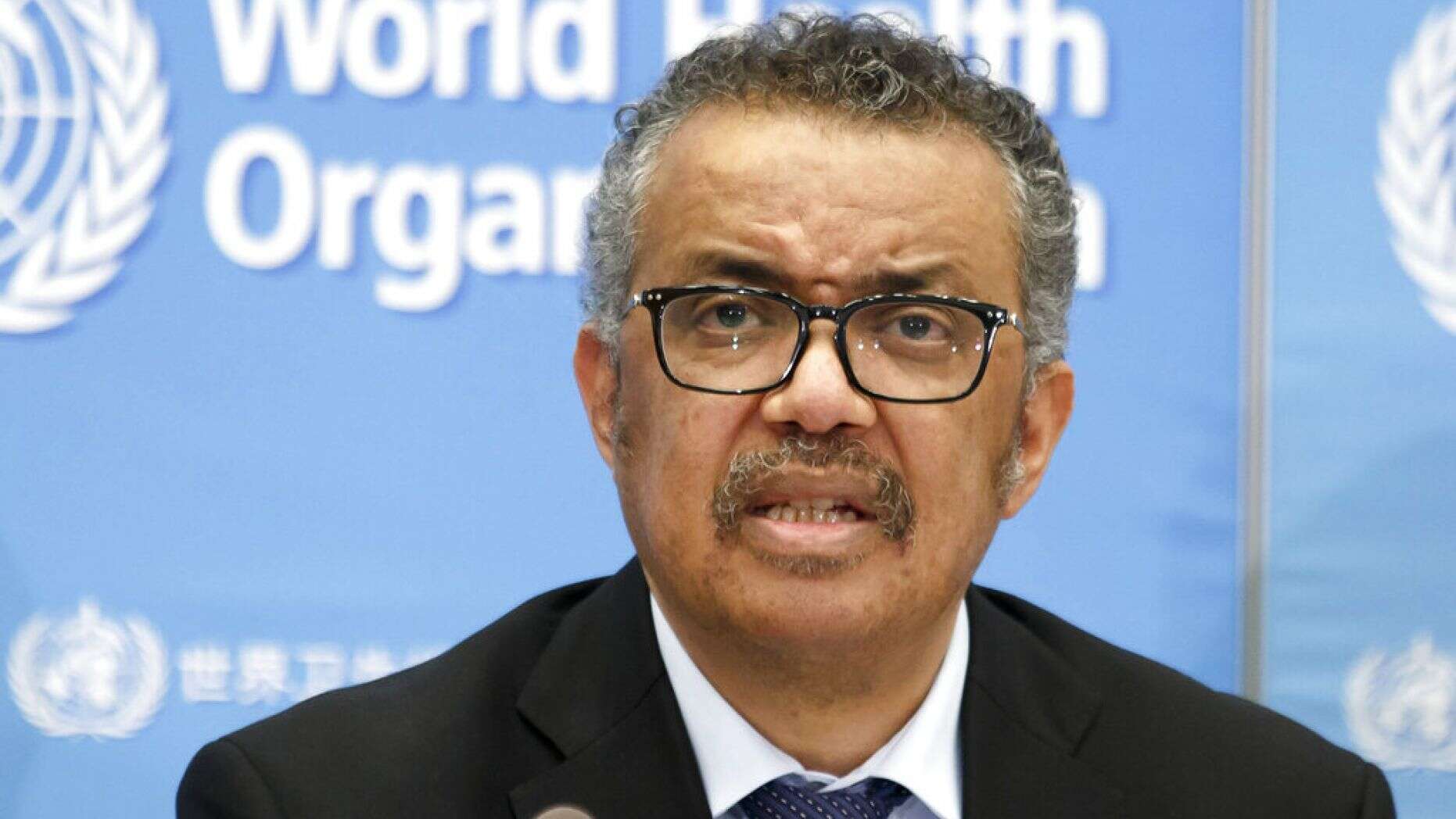 From the Chinese Communist Party (CCP) ‘s purview, they bought time for the rest of the world to prepare – informing the WHO on December 31 of a new pathogen.

As it became undeniable that the virus was sickening scores of people, officials set about shutting down travel in and out of Wuhan but not internationally.

A spokesperson for the WHO told Fox News that immediate action was taken after the December 31 submission.

“WHO China requested additional information from the government on January 1. The government subsequently met with the WHO country office, and provided further updates on January 3,” a spokesperson noted. “WHO began responding to international media inquiries on the outbreak as early as December 31, and made a public statement on January 4 on its regional Twitter account.”

After a thorough verification and risk assessment process, on January 5, 2020, WHO issued a summary of the situation and known information, the organization’s rep added.

“Simultaneously and at all times, WHO monitors open-source information media for signals of diseases globally through its Epidemic Intelligence from Open Sources (EIOS) platform,” the statement continued.

But is open source platforms enough given the illnesses that have spawned?

“Numerous deadly viruses have emerged from China due to its high-density population and close contact between humans and wild animals,” said Dr. Dena Grayson, a Florida-based physician and infectious disease specialist. “While WHO is staffed with world-class scientific experts, its leader, Dr. Tedros, the first non-physician to lead the organization, has longstanding ties with China that warrant scrutiny. Tedros’ lavished unwarranted praise of China throughout this pandemic, despite substantial evidence that China wasn’t transparent about the virus early on.”

Moreover, on February 3, several weeks after scores of countries – including the United States – had confirmed cases of the new illness, WHO’s Director-General Tedros Adhanom Ghebreyesus proclaimed that “the spread to other countries is minimal and slow,” and the virus could be “contained easily” as a result of China’s “strategy and efforts.” His comments came a week after the health chief met with China’s President Xi Jinping. 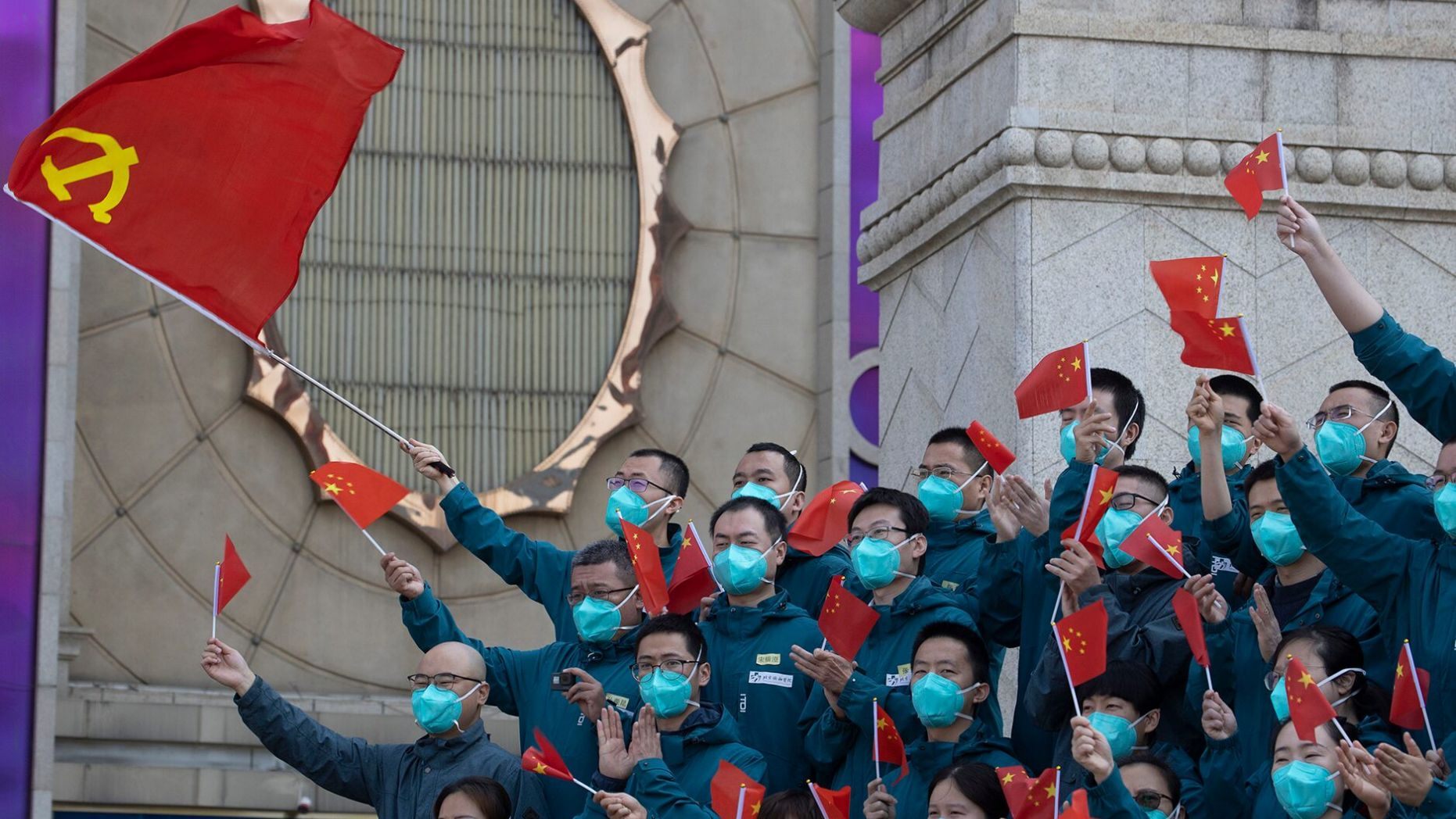 WHO’s top-brass has maintained that the organization needs to remain cautious until it can verify information and its presence in countries is contingent on cooperation with host nations. WHO has no jurisdiction over any sovereign territory, and it cannot operate in places without permission. Moreover, it is dependent on its member states for its funding.

“The WHO’s ground operations are mostly reliant upon host countries. Its officials are not like weapons inspectors, for example, who are authorized to conduct their own investigations,” explained Peter Harris, Assistant professor of political science at Colorado State University. “Instead, WHO officials’ access to information will be highly controlled by the host government – especially in an authoritarian state like China. People inside China might try to feed information to WHO employees, but the Communist Party will certainly be doing its best to control the flow of intelligence to WHO officials.”

The WHO has one field office in China, which is located in Beijing. The purpose of such field offices is simply to work with host governments to improve health outcomes, Harris continued.

But central concerns among analysts now rest on whether WHO was simply too trusting of China, or whether it sought to protect its relationship with the fast-growing economic powerhouse.

Some two weeks after its first memo to WHO regarding the virus, China finally published the genome of the new virus, thus allowing WHO experts and other countries to begin developing diagnostic tests. Some experts have praised this as fast-moving, pointing out that the likes of CDC in the United States made their own matters worse by insisting on developing their own archetypes rather than the ones Germany had already shared, while others contend that the WHO should have forced China to turn over the crucial data immediately.

ON CORONAVIRUS, CHINA AND WHO SHOW THEY’VE LEARNED LITTLE AFTER 2003 SARS OUTBREAK

One of the most flagrant missteps, experts contend, was ignoring early warnings from Taiwan. In 2015, the WHO denied the country’s membership to the WHO at the demand of China, which does not recognize its neighbor’s sovereignty. In an interview with a Hong Kong news reporter, Dr. Bruce Aylward, a Canadian epidemiologist who led a WHO team in China last month seemingly pretended not to hear the question pertaining to Taiwan and insisted on “moving to the next question.”

When the reporter pressed again about Taiwan, Aylward appeared to interject that “we’ve already talked about China,” and rounded up the interview.

While behind-the-scenes talks remain unclear, it took some three weeks before China permitted a WHO team was allowed in for further research. Yet the organization maintained its congratulatory tone and insisted international trade and travel go on, even as cases multiplied through January. Yet as the illness started spawning internationally, the WHO remained wary of advocating widespread trade or travel bans. It was not until March 11 that the WHO official labeled the pathogen a pandemic when Italy was well into lockdown and its healthcare system overwhelmed. 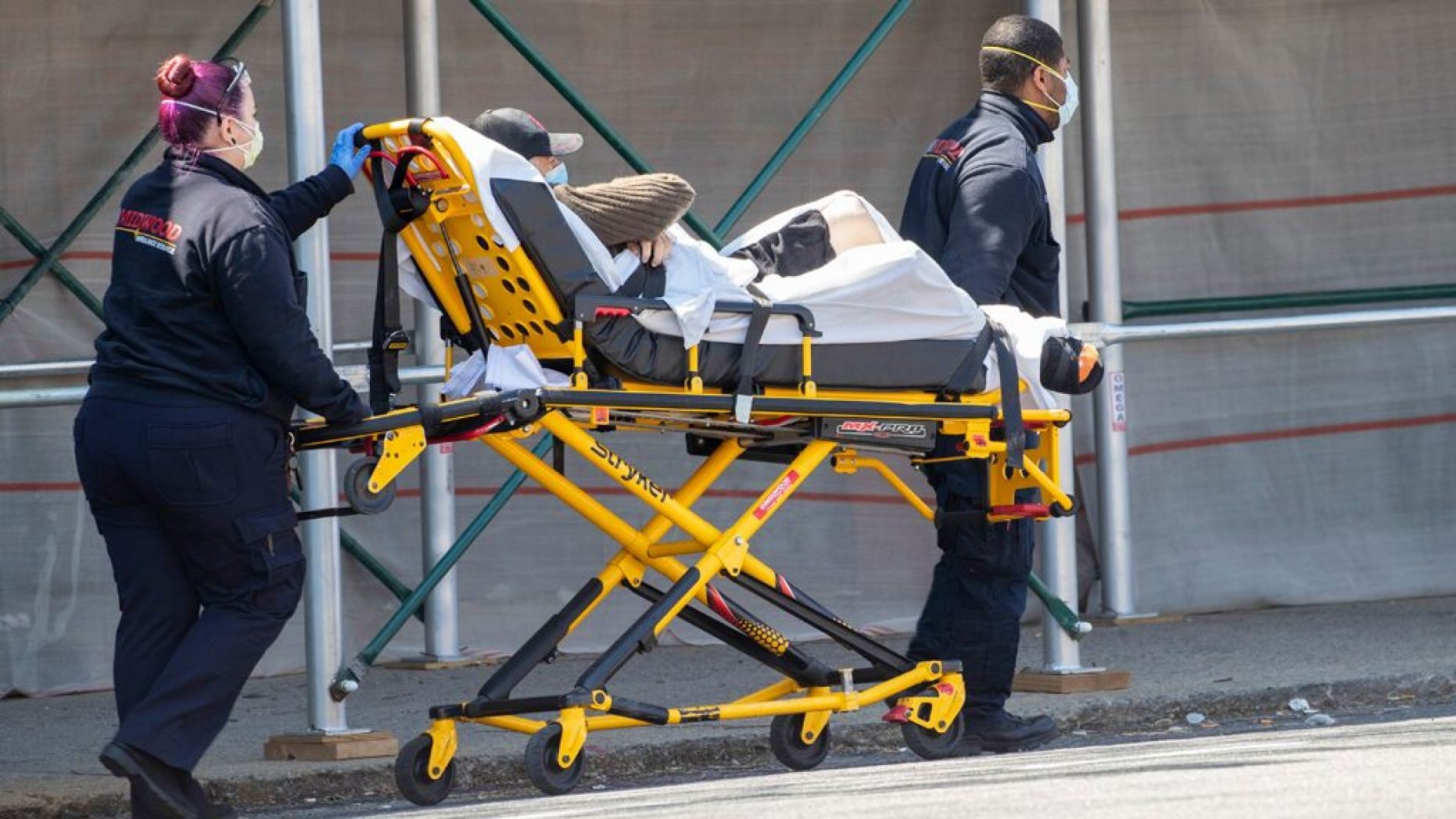 China has defended the WHO in the wake of Trump’s public criticism, and the WHO has routinely praised the country’s containment effort to protect “their own people and people of the world.”

However, Republicans on the House Oversight Committee are also calling on the WHO to put the pieces of the puzzle together.

“Throughout the crisis, the WHO has shied away from placing any blame on the Chinese government, which is, in essence, the Communist Party of China,” House Republicans wrote in a letter to Ghebreyesus last week. “You, as leader of the WHO, even went so far as to praise the Chinese government’s ‘transparency’ during the crisis, when, in fact, the regime has consistently lied to the world by underreporting their actual infection and death statistics.”

As criticism and questions mount, Ghebreyesus this week affirmed from the headquarters in Geneva, Switzerland that he would face a formal coronavirus inquiry if it came to that.

“On the WHO, it is clear in retrospect that the organization responded too slowly to the COVID-19 outbreak and did not view Beijing’s statements with the skepticism that they deserved. We have all paid the price for these missteps,” Cheng added. “There should be bipartisan support for conditioning future WHO funding on completion of an independent, external investigation into the WHO response to COVID-19 and the potential influence of China over its decisions, review, and revision of WHO policies to enable it to respond more quickly to emerging pandemics, and restructuring of the WHO’s financing to concentrate on communicable diseases and responding to international health emergencies.”

Combinations of drugs may be needed to fight coronavirus, FDA scientists say