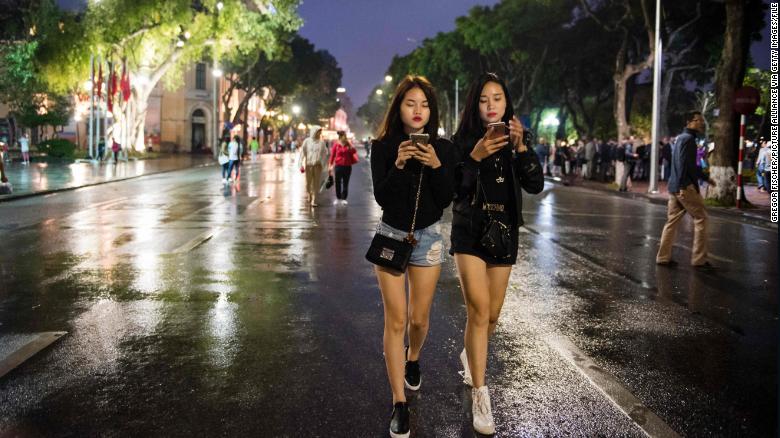 In 1975, Vietnam emerged from its 20-year-long war as one of the poorest nations in the world.

Since then, its economy has been transformed — largely thanks to a package of economic and political reforms, designed to engineer growth, that was launched by the government in 1986.
More than 45 million people were lifted out of poverty between 2002 and 2018 as the country developed industries that span textiles, agriculture, furniture, plastics, paper, tourism and telecommunications.
Vietnam is now undergoing another transformation — thanks to technology.

New infrastructure has given Vietnamese citizens easy access to the internet — and propelled their country across the digital divide.
A 2018 report by Google and Singaporean investment company Temasek described Vietnam’s digital economy — which is growing at more than 40% a year — as “a dragon being unleashed.”
It’s not all plain sailing. Vietnam’s government has been widely criticized for its surveillance of citizens and restrictions on freedom of speech. And like the rest of the world, it’s impossible to predict how the coronavirus will impact the country’s economy.
What’s clear, though, is that technology is reshaping the way people in Vietnam do business, manufacture goods, entertain themselves, shop, organize their finances and communicate. CNN spoke to three business leaders — to take the pulse of a changing nation.