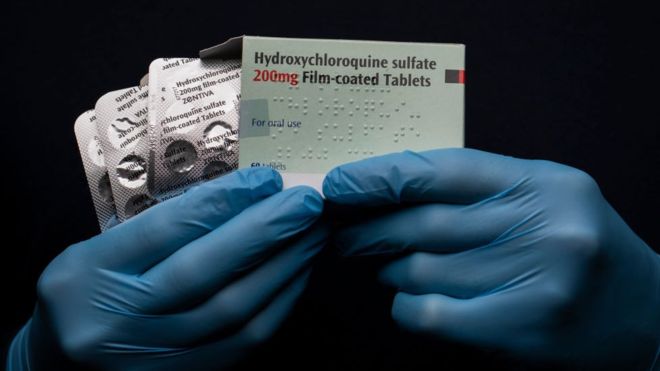 India has agreed to lift an export ban on a drug US President Donald Trump has called a “game-changer” in the fight against coronavirus, despite reservations from medical experts.

The decision came after Mr Trump warned of “retaliation” if India did not drop the ban on hydroxychloroquine exports.

The president has repeatedly touted the drug as a possible cure for Covid-19, despite a lack of proof.

India is one of the world’s largest manufacturers of hydroxychloroquine.

It is unclear how much will now be exported. Anurag Srivastava, spokesperson for the Ministry of External Affairs, said on Tuesday that the “the stock position could allow our companies to meet the export commitments that they had contracted”.

What happened between the US and India?
President Trump – who, according the the New York Times, owns a “small personal financial interest in Sanofi, the French drugmaker that makes… the brand-name version of hydroxychloroquine” – called Indian Prime Minister Narendra Modi on Sunday, a day after India banned all exports of the drug “without exception”.

The decision came even as Indian cases spiked – as of Tuesday, the country reported 3,981 active cases and 114 deaths due to the virus.

The next day, local media reported that India would “consider” the request. 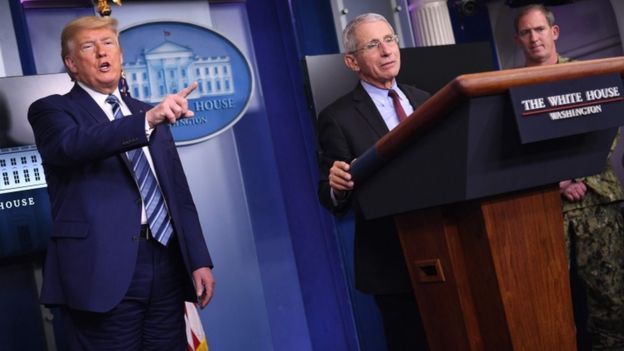 The same day, speaking at a White House press briefing, Mr Trump said he did not “like” India’s decision to ban the export of the drug. “But of course, there may be retaliation,” he said. “Why wouldn’t there be?”

India’s statement on Tuesday also said that apart from “nations badly affected by the virus” it would supply the drug to neighbouring countries in “appropriate quantities” given the “humanitarian aspects of the pandemic”.

But the drug – which can also treat auto-immune diseases like rheumatoid arthritis and lupus – has also attracted attention over the past few decades as a potential antiviral agent.

President Trump said that the US Food and Drug Administration (FDA) had approved it for treating coronavirus, something the organization has denied. Mr Trump later said that it had been approved for “compassionate use” – which means a doctor can give a drug that is yet to be cleared by the government to a patient in a life-threatening condition.

Doctors are able to prescribe chloroquine in these circumstances as it’s a registered drug.

In India, hydroxychloroquine could be bought over the counter and is fairly inexpensive, but its purchase and use has been severely restricted ever since it was named as a possible treatment for Covid-19.

However, according to India’s Business Standard, manufacturers in the country have the ability to produce around 100 tonnes of the drug per month if needed – enough to treat some 70m people.

Does it work against Covid-19?
“Chloroquine seems to block the coronavirus in lab studies. There’s some anecdotal evidence from doctors saying it has appeared to help,” James Gallagher, BBC health correspondent, explained.

But crucially, there have been no complete clinical trials, which are important to show how the drug behaves in actual patients, although they are under way in China, the US, UK and Spain.

“If it truly has a dramatic effect on the clinical course of Covid-19 we would already have evidence for that. We don’t, which tells us that hydroxychloroquine, if it even works at all, will likely be shown to have modest effects at best,” Dr Joyeeta Basu, a senior consultant physician in India, told the BBC. 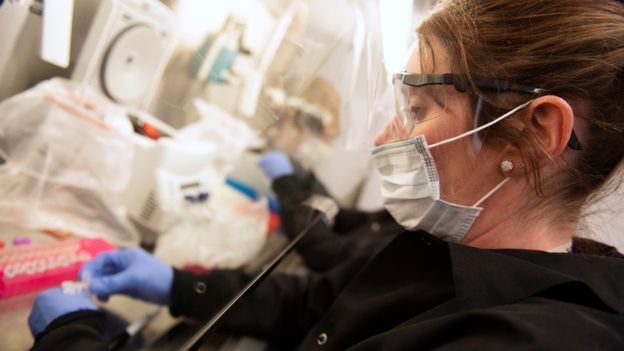 Despite the fact trials are yet to conclude, people have begun to self-medicate – with sometimes disastrous consequences.

There have been numerous reports in Nigeria of people being poisoned from overdoses after people were reportedly inspired by Mr Trump’s enthusiastic endorsement of the drug.

An article in the Lancet medical journal also warns hydroxychloroquine can have dangerous side-effects if the dose is not carefully controlled.

This lack of certainty has prompted social media sites like Facebook and Twitter to delete posts that tout it as a cure – even when they are made by world leaders.

‘We are all in this together’ – Gates