Home > News > World > In South Korea, 219 cases have been linked to the nightclub cluster 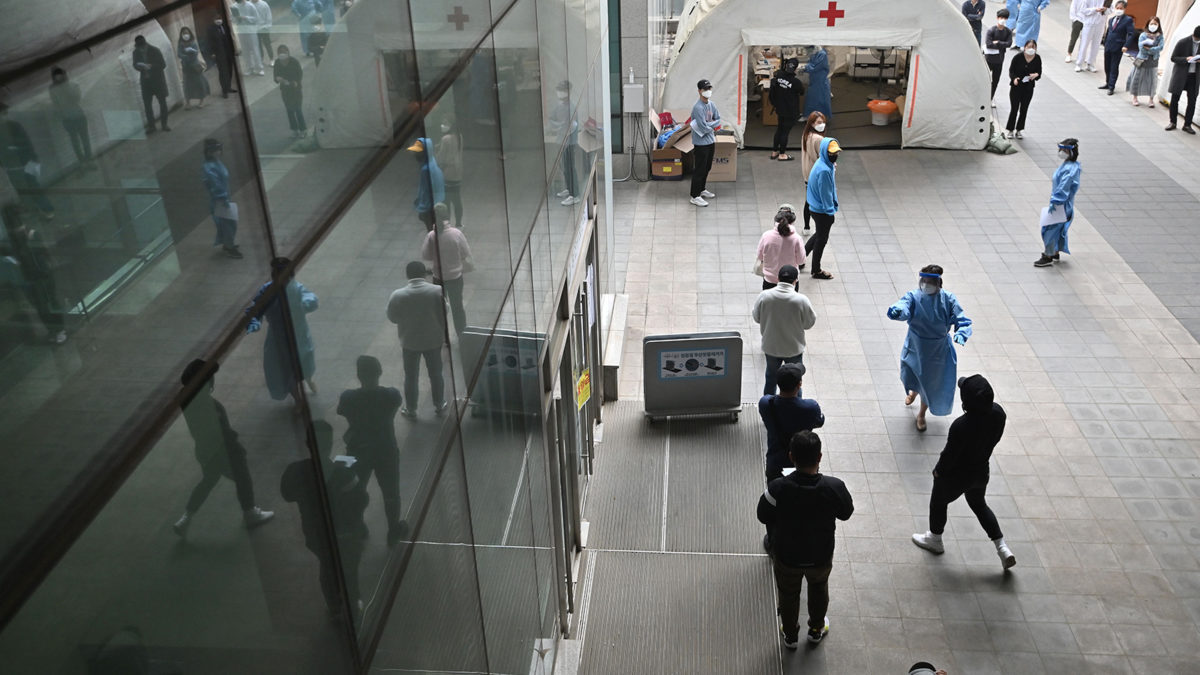 People wait in line to take tests for the COVID-19 coronavirus at a virus testing station in the nightlife district of Itaewon in Seoul on May 12, 2020. - South Korean authorities were using mobile phone data on May 12 to trace Seoul nightclub visitors as they try to tackle a coronavirus cluster, they said, promising anonymity to those being tested due to the stigma surrounding homosexuality. (Photo by Jung Yeon-je / AFP) (Photo by JUNG YEON-JE/AFP via Getty Images)
Asia, Coronavirus, News, World

In South Korea, 219 cases have been linked to the nightclub cluster

On May 9, reports started emerging of cases spiking in the South Korean capital of Seoul.

It immediately raised alarm; South Korea had just started loosening restrictions and opening up some businesses after largely regaining control of the outbreak that had peaked in February and March.

Authorities quickly identified the cases as concentrated in Itaewon, the entertainment district popular for bars and nightclubs. A 29-year-old man infected with Covid-19 had visited several clubs, where he transmitted the virus to dozens more people.

There have now been 219 cases linked to the nightclub cluster, Kwon Jun-wook, deputy director of Korea’s Centers for Disease Control and Prevention, said on Saturday.

The KCDC said yesterday that the man had infected 95 people in Itaewon, who then spread the virus further.

The numbers: South Korea now has 11,165 cases nationwide and 266 deaths, according to data from Johns Hopkins University.

The pandemic could reshape the world order. Trump's chaotic strategy is accelerating US losses