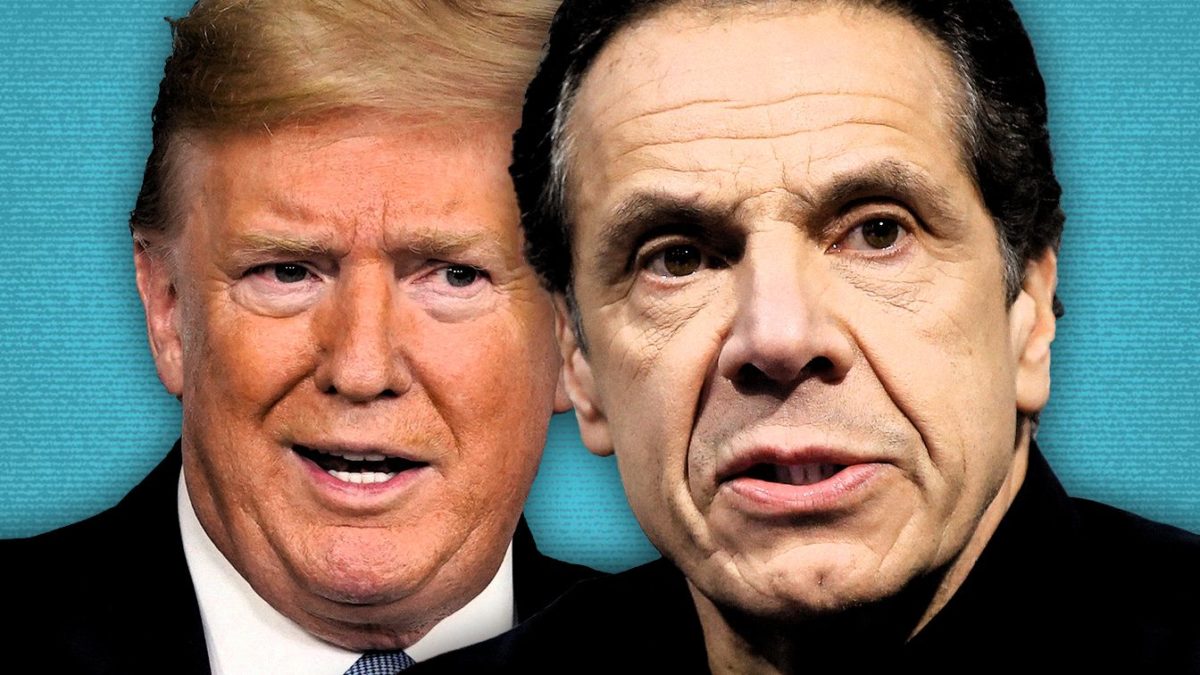 As New York Gov. Andrew Cuomo was giving his daily press briefing on the state’s coronavirus response Friday, President Trump was apparently listening and didn’t like what he heard.

”Governor Cuomo should spend more time ‘doing’ and less time ‘complaining,’” Trump tweeted midway through the press conference, which was being carried live on cable news networks. “Get out there and get the job done. Stop talking! We built you thousands of hospital beds that you didn’t need or use, gave large numbers of Ventilators that you should have had, and helped you with testing that you should be doing. We have given New York far more money, help and equipment than any other state, by far, & these great men & women who did the job never hear you say thanks. Your numbers are not good. Less talk and more action!”

As he took questions, Cuomo was asked to respond to Trump’s comments. And the governor, who has been reluctant to engage with Trump during the crisis, turned the president’s criticisms back on him.First of all, if he’s sitting home watching TV, maybe he should go to work,” Cuomo said.

He said Trump’s announcement of new guidelines for reopening the U.S. economy was meaningless.

“He didn’t announce anything,” Cuomo said. “He’s doing nothing. … All he’s doing is walking in front of the parade.”

Cuomo said he had repeatedly thanked the president for sending the USNS Comfort hospital ship to New York Harbor and using the military to set up a temporary hospital in the Javits Center in Manhattan.

“What do I need to send, bouquet of flowers?” Cuomo said. “How many times do you want me to say thank you?”

“Thank you for having the federal government participate in a federal emergency,” the governor quipped.

Cuomo pointed out that New York relied on projections from the White House coronavirus task force for the number of hospital beds the state required.

“Mr. President, if you want to point fingers … we built more beds than we needed,” Cuomo added. “Our only mistake was believing your numbers.”