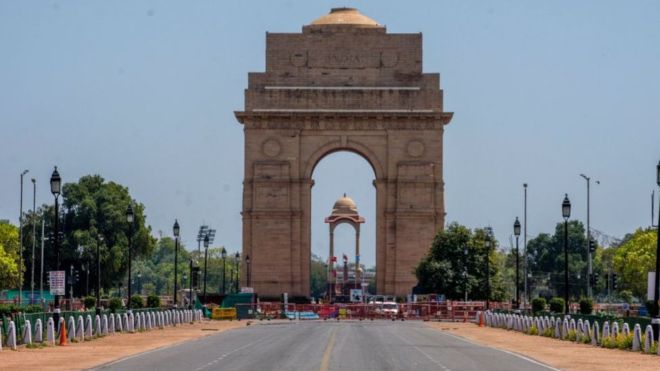 Six major Indian cities, including the capital Delhi and the financial capital Mumbai, have been designated “red zones” for the coronavirus.

In its guidelines issued on Wednesday, the government divided the country into colour-coded zones depending on the level of infection.

Red zones indicate infection hotspots, orange is for zones with some infection, while green indicates an area with no infections.

There are no green zones designated.

What are the other red zones?
In total, 170 districts of the country have been designated red zones.

Apart from Delhi and Mumbai, the cities of Chennai (formerly Madras), Bangalore, Kolkata and Hyderabad have all been marked red.

A number of manufacturing and industrial hubs in various states have also been put in the category.

The federal government has asked states to ramp up trace and test efforts in these areas over the next week with the aim of downgrading red zones to orange and eventually green.

According to the health ministry, red zones where no cases are reported for 28 days will be given green zone status, while those that do not report any cases for 14 days, will be designated as orange zones.

What happens in a red zone?
Checking will be intensified as well as the level of testing to determine just how badly each area is affected. State governments have already announced plans to carry out mass “pool testing”.

This involves collecting a number of samples in a tube and testing them with a single real time coronavirus test based on swabbing of the nose and throat, as recommended by the WHO.

If the test is negative, all the people tested are negative. If it’s positive, every person has to be tested individually for the virus. “Pool testing” reduces the time needed to test large swathes of the population.

Areas and districts still marked red by 20 April will not be applicable for any of the lockdown relaxation measures that were announced by the government on Wednesday.

These measures were mostly targeted at the farming industry, but also relaxed restrictions on e-commerce and service employees like electricians and carpenters.