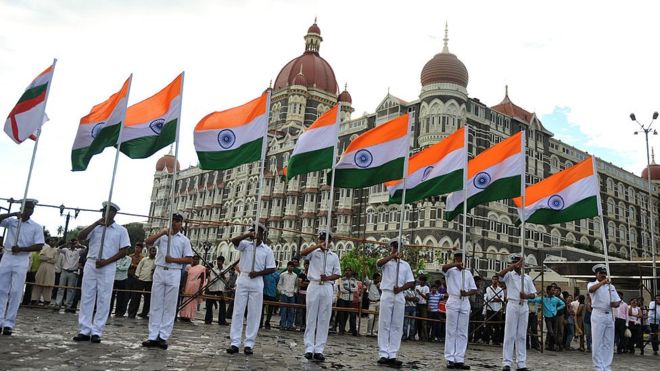 Indian defence officials have reported a coronavirus outbreak at a key naval base in the western city of Mumbai.

Twenty-one personnel have tested positive for Covid-19 at INS Angre, which is the seat of the force’s western command, the navy said in a statement on Saturday.

It added that there are no infections aboard any ships or submarines.

India has 11,906 active infections and 480 deaths, according to the latest data from the ministry of health.

They are all currently undergoing treatment.

All 21 personnel live in the same residential block, which has been declared a containment zone and has been placed under lockdown.

In a video message to personnel last week, Navy Chief Admiral Karambir Singh stressed the importance of keeping ships and submarines free of the virus.

“The coronavirus pandemic is unprecedented and it has never been seen before. Its impact has been extraordinary across the globe, including India,” he said.

The navy has been playing an active role in India’s response to the Covid-19 outbreak.

It has set up isolation facilities to treat patients at one of its premier hospital units and is also running quarantine camps.

The outbreak aboard the Indian naval base follows reports of outbreaks aboard vessels belonging to other nations.

More than 500 sailors on the USS Roosevelt have tested positive for the virus and one of them died earlier this week. And nearly a third of the sailors serving with France’s aircraft carrier Charles de Gaulle – 668 out of nearly 2,000 – have been infected with coronavirus.