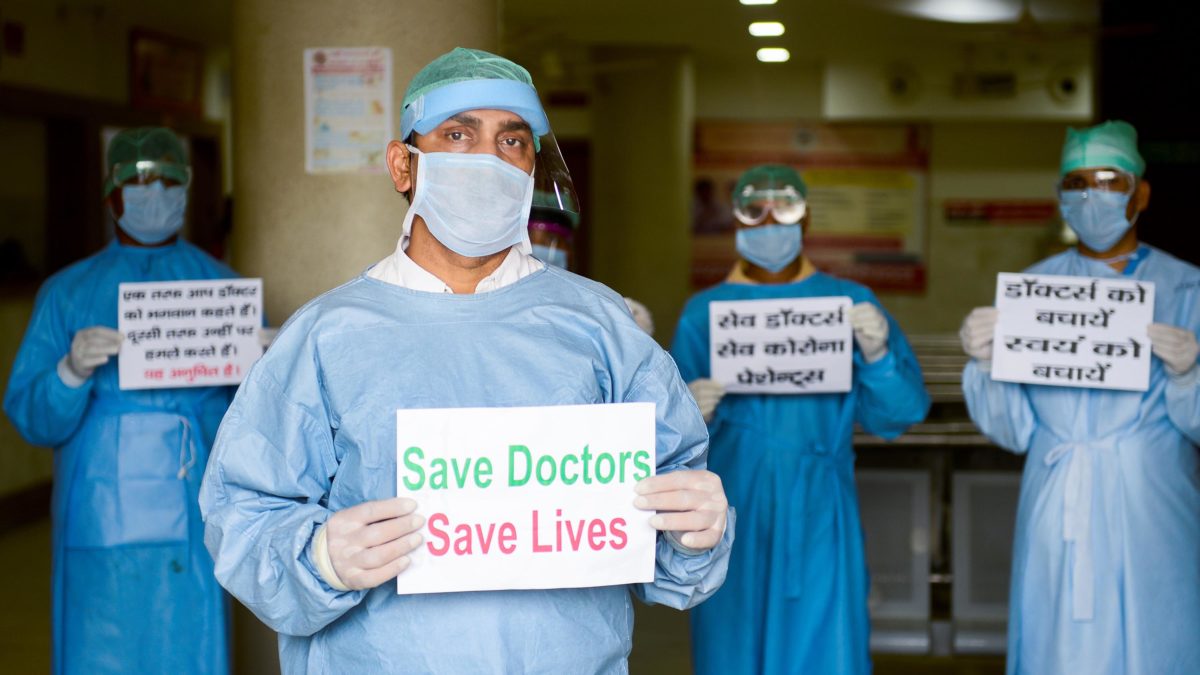 Doctors and medical staff of Narayan Swaroop Hospital hold placards to protest against the recent assaults on health workers in different parts of the country during a nationwide lockdown imposed as a preventive measure against the spread of the COVID-19 coronavirus in Allahabad on April 16, 2020. (Photo by Sanjay KANOJIA / AFP) (Photo by SANJAY KANOJIA/AFP via Getty Images)
Asia, Coronavirus, News, World

The Indian government has introduced an urgent executive order to discourage violence against health workers.

The country’s Epidemic Diseases Act, 1897, has been amended, and those found guilty now face imprisonment from 6 months to 7 years.

“Health workers who are trying to save the country from this epidemic are unfortunately facing attacks. No incident of violence or harassment against them will be tolerated. An ordinance has been brought in, it’ll be implemented after President’s sanction,” Union Minister P Javadekar said.
“Such crime will now be cognizable and non-bailable. Investigation will be done in 30 days.”
Earlier in the day, the Indian Medical Association withdrew its two-day protest, following a video conference with India’s Home Minister Amit Shah and Health Minister Dr Harsh Vardhan.

The protesting doctors demanded an urgent law to protect the healthcare workers from violent attacks.