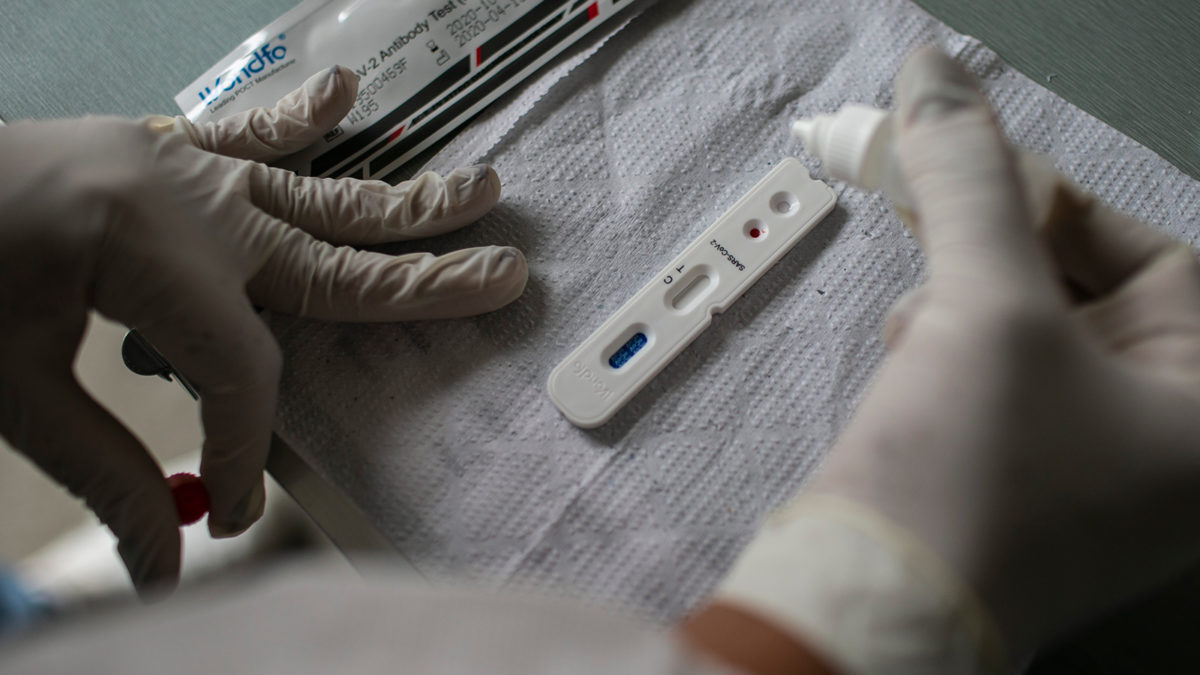 RIO DE JANEIRO, BRAZIL - JUNE 15: View of a coronavirus (COVID-19) test kit at the Marques de Sapucai Sambadrome on June 15, 2020 in Rio de Janeiro, Brazil. The municipality of Rio de Janeiro is testing taxi drivers with the most chance of exposing themselves to the virus, and the order will be defined according to the number of runs made through the TaxiRio (a taxi ride app from the city of Rio de Janeiro) application. With the drive-thru system, the taxi driver will not have the need to disembark from the vehicle to collect material, and the test result will be sent via a text message on the cell phone. The city expects to complete the testing of 5,000 taxi drivers in ten days. (Photo by Bruna Prado/Getty Images)

Brazil’s attorney-general has called for an investigation into several invasions of hospitals in the country, after its President called on Brazilians to inspect the conditions of medical wards treating Covid-19 patients.

Augusto Aras’ request will be sent on Monday to several state prosecutor offices, including in São Paulo and Brasilia, where hospital invasions occurred on June 4 and June 9 respectively, according to a news release by the AG’s office.

On June 4, several state deputies — including some from Bolsonaro’s party (PSL) — also invaded a Covid-19 field hospital in São Paulo and took pictures of it, and patients without authorization, the city’s mayor told CNN Brasil.

“This behavior endangers the physical integrity of the brave professionals who dedicate themselves to reversing a health crisis unprecedented in the country’s history,” the Attorney-General Augusto Aras said in the news release.

In a Facebook Live last Thursday, Bolsonaro called on citizens to enter hospitals to film the conditions themselves in order “to show if the beds are occupied or not.”