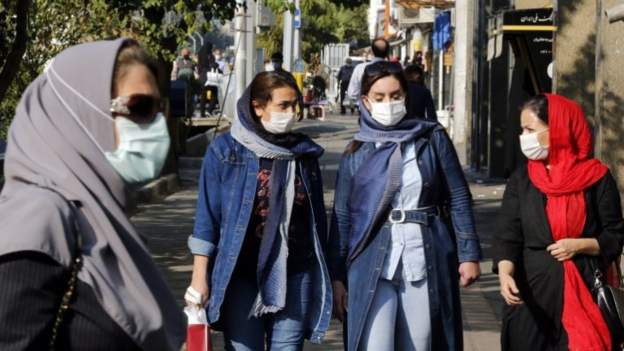 Iran has reported its highest daily death toll from Covid-19, as the country grapples with what officials have called a “third wave” of its outbreak.

Health ministry spokeswoman Sima Sadat Lari said 337 people had died in the past 24 hours, exceeding the previous daily high of 279 set last Wednesday and bringing the total since February to 30,712. She also announced 4,251 new confirmed cases.

“In recent days, we have witnessed an unprecedented increase in mortality from the disease,” Ms Lari was quoted as saying by AFP news agency.

The surge in infections and deaths since early September was the “result of [people] neglecting to comply with health protocols, reduced use of masks, and dangerous social behaviour”, she added.

The situation in Tehran is particularly bad, with intensive care units reportedly running at full capacity.

Authorities have closed schools, mosques, shops, restaurants and other public institutions in the capital and made it mandatory for people to wear face masks in public. Travel into and out of Tehran and four other major cities has also been banned.