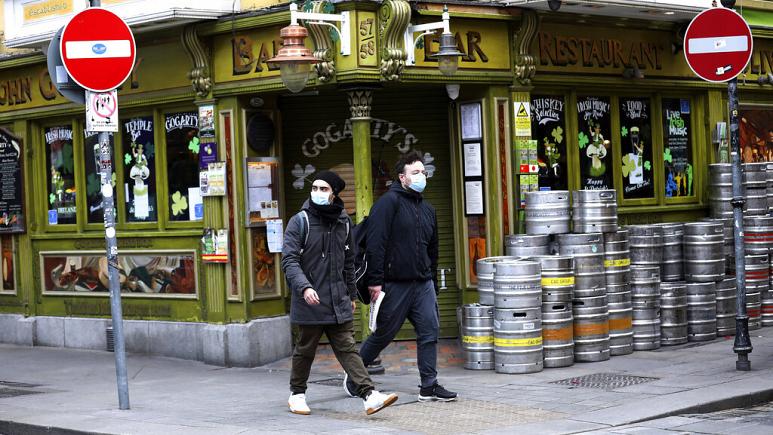 Simon Harris made the claim amid fears infections could hit 15,000 by the end of March, even though this is regarded as a worst-case scenario.

In a bid to control the outbreak, it has closed schools and pubs and told citizens to reduce the number of social contacts.

But Harris believes the Irish can do more on keeping away from each other.

“I quite frankly don’t think we’re taking this seriously enough,” said Harris. “Going in to this weekend I’m asking the Irish people to redouble their efforts.”

Beyond the restrictions, Dublin says it is testing a high number of people and will increase it to 15,000 checks per day.

Harris said the government wants to isolate the virus and anyone that might have come into contact with it.

It is using police stations, local hospitals and even Ireland’s largest football stadium – Croke Park – as a drive-through testing centre. It currently has 19 testing facilities open and hopes to increase that figure to 30.

But the government says it will focus on intensive care admissions and deaths per capita to determine the impact of the COVID-19 on Ireland, rather than the number of people that test positive for the disease.

Of Ireland’s 638 cases, three have been fatal. Nearly a third of infections have required hospitalisation. A dozen people are in intensive care.

Coronavirus: What this crisis reveals about US – and its president

10,000 jobs could be at risk as Lufthansa looks to reduce fleet size

Preliminary results from antiviral drug trial could come in a week, says researcher

Coronavirus: Is pandemic being used for power grab in Europe?