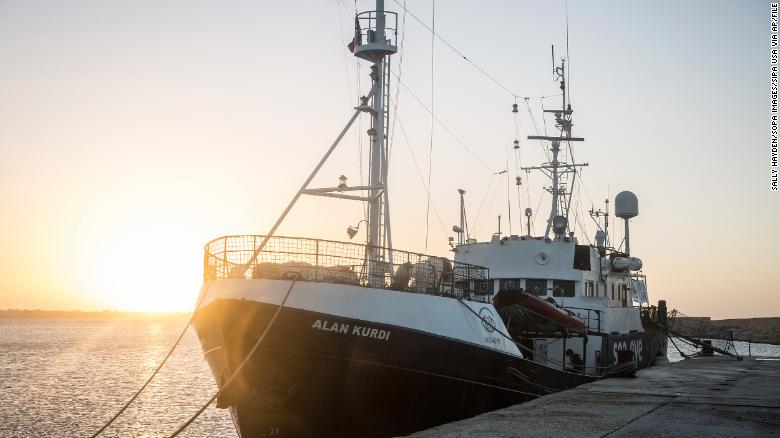 Non-national migrant rescue ships will no longer be able to dock in Italy, after the country declared its ports were not safe due to the coronavirus pandemic.

“Given the spread of Covid-19, Italian ports cannot guarantee the necessary prerequisites to be qualified as ‘places of safety,'” the government decree says.
While it does not mention migrants specifically, the order refers to search and rescue operations, which pluck thousands of migrants from the Mediterranean each year.
It will remain in place for the duration of the health emergency triggered by the coronavirus pandemic, the decree added.
The measure was condemned by several non-governmental organizations (NGOs), including Sea Watch, MSF and Open Arms, in a joint statement.
The statement said Italy should “show the same solidarity towards vulnerable people who risk their lives at sea because they have no alternative” at a time when the country is seeking international help to deal with the pandemic.

“With a decree whose obvious purpose is to stop rescue activities in the Mediterranean, without providing alternatives to save the lives of those fleeing Libya, Italy has deprived its ports of the connotation of ‘safe places,'” the joint statement read.
None of the NGO signatories currently have rescue ships at sea, according to their statement.
But the decree comes as the German-flagged vessel Alan Kurdi, operated by Sea-Eye, is currently in international waters off the coast of Libya with 150 shipwreck survivors on board, including a pregnant woman, according to their press release.
The Italian Ministry of Transport has asked the German government to “take responsibility” for the landing port for the Alan Kurdi vessel, it said in a statement.
Italy has been one of the worst-hit European countries in the pandemic. According to John Hopkins University, the country has 139,422 confirmed cases and 17,669 deaths as of Wednesday.
In 2018, the far-right former Interior Minister Matteo Salvini closed Italy’s ports to migrant rescue vessels. And in 2019, Italy adopted a decree that could see ships docking without authorization facing fines of up to $57,000.