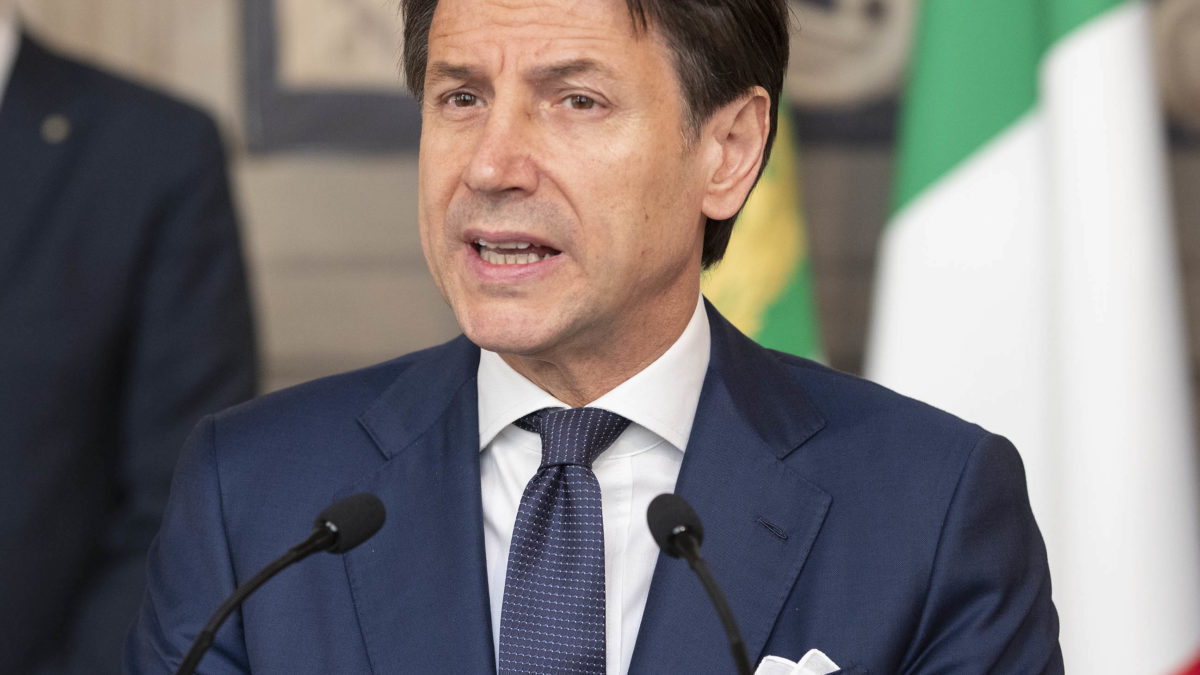 The European Union’s second-most indebted economy is going all in on coronavirus stimulus.

Italian Prime Minister Giuseppe Conte has announced a fresh €400 billion aid package for the country, to prop up businesses that have been hit hard by the coronavirus lockdowns.

Conte called the move, “the most powerful intervention in the country’s history”.

“We will soon see a new spring for Italy but for the moment we must stay at home,” said Conte.

Half the funds are for the domestic market and half to support exports. This brings the total amount of government aid to €750 billion, after an initial injection of liquidity last month.

The money will guarantee loans to businesses in the country, covering from 90 – 100 per cent of the debt for smaller businesses, 70 – 80 per cent coverage for larger firms and loaning up to €800,000. Work taxes will also be suspended for the next two months, costing the government up to €10 billion. In a tweet, Conte said when the country is able to get up off its knees, it will be able to run. 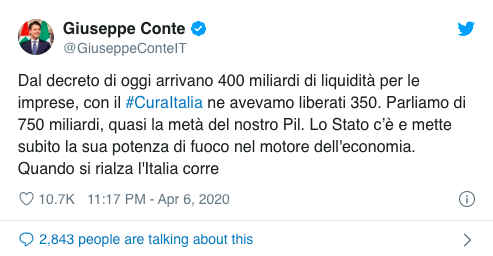 The combined €750 billion is a massive investment – nearly half the country’s GDP. And that GDP is expected to plunge by eight per cent in the course of 2020. Italy’s economy was already vulnerable, with a high debt-to-GDP ratio and high unemployment. In October 2019, before the crisis began, the unemployment rate was already at around 10 per cent. The fear now is that even when the lockdown is lifted, thousands of jobs in retail, tourism and hospitality will have simply evaporated, which is what the government’s aid package is intended to address.

Italy has been putting pressure on the European Union to share some of the debt incurred because of COVID-19 among other EU states, using a mechanism called “corona bonds”. And while EU Commission President Ursula von der Leyen has apologized to Italy for showing a lack of solidarity when it comes to a European response to the crisis, the argument over corona bonds drags on. The bloc is working towards an agreement on using a €410 billion bailout fund in the European Stability Mechanism, but corona bonds have all but been shelved as wealthier countries like Germany and the Netherlands have pushed back against the idea. They fear that the move would open the door to more sovereign debt sharing in the future.

Over 16,000 people have died in Italy of COVID-19 so far. It has been the epicentre of the European outbreak, and has the longest-running lockdown measures in the bloc, starting on 9 March. The Italian healthcare system has been overwhelmed by the crisis, and millions are out of work with no clear picture on whether they’ll have a job to return to when the pandemic passes.

NYPD Commissioner: “This is about a systematic issue, it’s about racism”