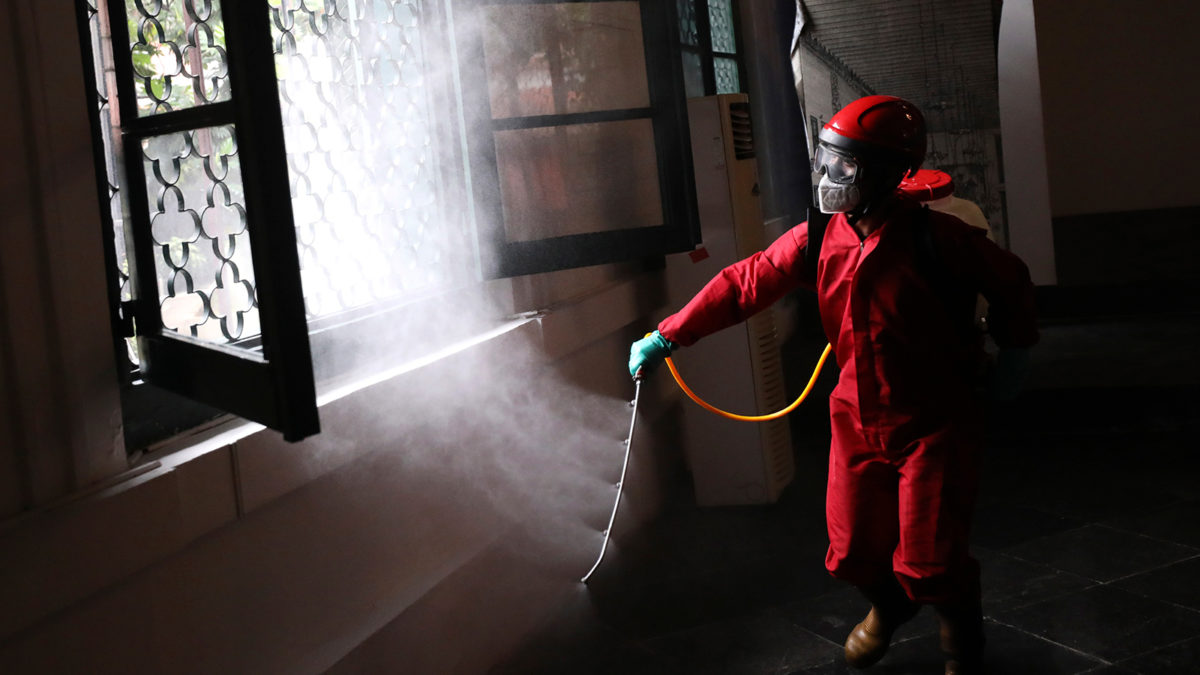 A firefighter sprays disinfectant at the Fine Arts and Ceramic Museum prior to its reopening later this week after weeks of closure due to the large-scale restrictions imposed to curb the spread of the new coronavirus outbreak, in Jakarta, Indonesia, Monday, June 15, 2020. As Indonesia's overall virus caseload continues to rise, the capital city has moved to restore normalcy by lifting some restrictions, saying that the spread of the virus in the city of 11 million has slowed after peaking in mid-April. (AP Photo/Dita Alangkara)

If you’re just joining us, here are the latest developments.

China races to contain new cluster: At least 29 neighborhoods are under lockdown in Beijing as 106 Covid-19 cases linked to the city’s Xinfadi wholesale market have been confirmed in the past five days. Health officials confirmed the virus from the market cluster has spread to at least three other provinces, including Hebei, Sichuan and Liaoning.

Cases increasing in 18 US states: Weeks after lifting stay-at-home orders, some US states are seeing their highest numbers of hospitalizations from Covid-19 as thousands more Americans get infected every day. A coronavirus model is now forecasting there will be more than 201,000 deaths in the country by October 1.

New Zealand cases: New Zealand reported two new cases after more than three weeks of reporting no new infections. The two patients are both women from the same family who arrived in the country from the UK.

Childhood syndrome may take weeks to show: A baffling condition called multi-inflammatory syndrome in children (MIS-C) started showing up in kids about three weeks after the peak of the pandemic passed through, new research shows. The New York team reported on 33 cases of the syndrome, which many doctors believe is some sort of delayed response to a coronavirus infection.

Airlines step up enforcement of masks: Major US airlines announced they intend to more strictly enforce mask wearing aboard their planes, including potentially banning passengers who refuse to wear one. Seven major airlines — including American Airlines, Delta Air Lines, Southwest Airlines and United Airlines — pledged to roll out new policies.

Imperial College London begins human vaccine trials: Researchers will begin human trials of a UK government-funded Covid-19 vaccine. Starting this week, 300 healthy participants between the ages of 18 and 70 will receive two doses of the vaccine.