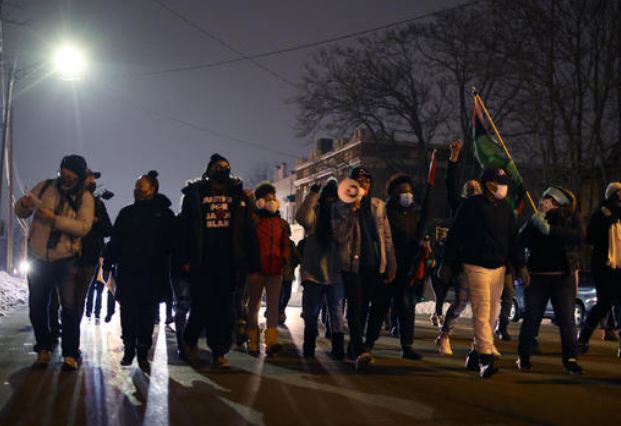 Ben Crump, an attorney for Jacob Blake’s family, spoke out Wednesday against the Kenosha, Wisconsin, district attorney’s decision to not charge the officer who shot Blake in the back, saying it “does nothing to help this issue of mistrust.”

“We have to have transparency and accountability to get that trust,” Crump said on CBSN Wednesday.

“We are going to file a civil rights excessive use of force 1983 civil rights lawsuit against the Kenosha Police Department,” he said.Police Officer Rusten Sheskey, who is White, was responding to a domestic dispute on August 23 when he fired his weapon seven times as Blake, a Black man, attempted to get inside an SUV. Blake survived, but was left unable to walk.

The shooting sparked nationwide outrage in a year that saw intense scrutiny of systemic racism and how police officers treat Black Americans and communities of color. That outrage was rekindled Tuesday when the district attorney announced that Sheskey would not be charged.

“To try to say ‘We couldn’t have used the least intrusive measures to respond in this matter,’ but with Black people, it always seems to be — and we saw this play out in 2020 like never before — you shoot first and you ask questions later,” he said.

Crump, a noted civil rights attorney who has represented a slew of other families of victims of police violence, compared police treatment of Blake with that of Kyle Rittenhouse, a White teenager who is accused of killing two people in the ensuing protests over the summer and walked past police unharmed.

“They don’t see the young White man who just killed people with a gun walking towards them as a threat, but yet you say a young Black man who is running away from you is a threat?” Crump said. “It emphasizes that there are two justice systems in America — one for Black America, and one for White America.”

In his explanation, prosecutor Michael Graveley claimed Blake was armed with a knife and was twisting toward Sheskey just before the officer opened fire. Investigators have said they found a knife inside the vehicle but his family has denied he was armed.

Crump said Sheskey’s claim of self-defense was bogus. “Mr. Blake never ever put them in harm’s way. He was never an imminent threat to them. When you think about the elements that must be proved for self-defense, you have to prove that you were in imminent threat of bodily harm,” he said.

He dismissed the accusation that Blake had a knife as an “attempt to justify the unjustifiable excessive use of force by police.”

“The pandemic is far from over,” World Health Organization says