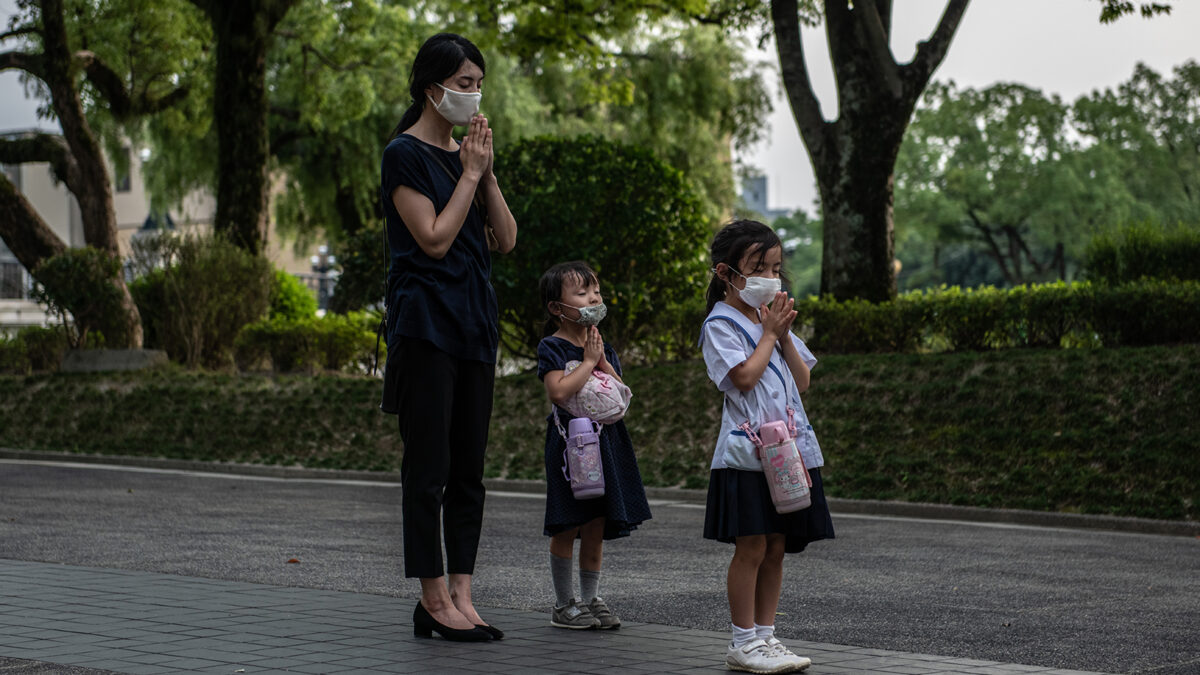 HIROSHIMA, JAPAN - AUGUST 06: A mother and her daughters pray at the Students Peace Monument on the 75th anniversary of the Hiroshima atomic bombing, on August 6, 2020 in Hiroshima, Japan. In a ceremony that has been scaled back significantly because of Covid-19 coronavirus, Japan will mark the 75th anniversary of the first atomic bomb that was dropped by the United States on Hiroshima on August 6, 1945. The bomb instantly killed an estimated 70,000 people and thousands more in coming years from radiation effects. Three days later the United States dropped a second atomic bomb on Nagasaki which ended World War II. (Photo by Carl Court/Getty Images)

Japan’s Health Ministry recorded 1,490 Covid-19 infections on Thursday, the second-highest number of cases the country has identified in a single day during the pandemic and yet another worrying sign that its latest outbreak shows no signs of abating.

Thursday marks the 10th straight day the country has recorded more than 900 cases of the novel coronavirus. Authorities have now identified at least 44,527 cases of Covid-19, more than half of which have been reported since the beginning of July

Trouble in Tokyo: Tokyo Gov. Yuriko Koike urged people in the Japanese capital to refrain from traveling during the upcoming Obon summer vacation season to stop the infection spread.

Authorities reported 360 new infections in Tokyo on Thursday, the 10th consecutive day of more than 200 cases in row.

To date, more than 14,500 cases of Covid-19 have been identified in the Japanese capital.

Roy Horn of ‘Siegfried and Roy’ dies of COVID-19