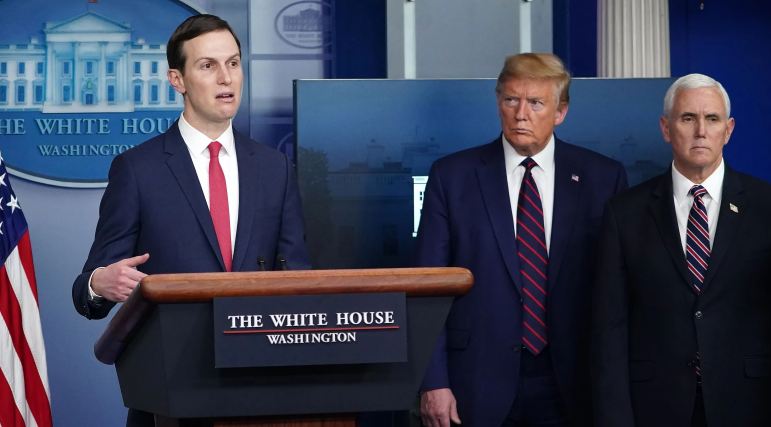 WASHINGTON—Speaking at a press conference to address the growing Covid-19 pandemic, White House senior advisor Jared Kushner admonished resource-stricken states this week that they should have shown some foresight and planned ahead before joining the Union. “To any governors coming to me and saying the White House hasn’t given them what they need, I would urge them to ask why they didn’t consider these possibilities centuries ago when they first joined together into a federal republic?” said Kushner, singling out Texas’ governor in particular and questioning why the Lone Star state didn’t simply start stockpiling their own ventilators or face masks back in 1884 when they allowed the United States to annex them from Mexico.””Some of you, like Massachusetts or Virginia, have actually had several hundred years with the knowledge that our Constitution grants significant independence in resource allocation to individual states. Frankly, you could have decided way back in 1776 that this setup wasn’t for you. Instead, you impulsively formed a unified nation without even considering the consequences. I’m sorry if I don’t sympathize here.” Kushner stressed that he was tired of hearing excuses from states that didn’t begin building a respirator cache in the 18th century because they were busy with westward expansion or that modern germ theory simply had not yet been developed.

Was it flu or the coronavirus? FDA authorizes first COVID-19 antibody test