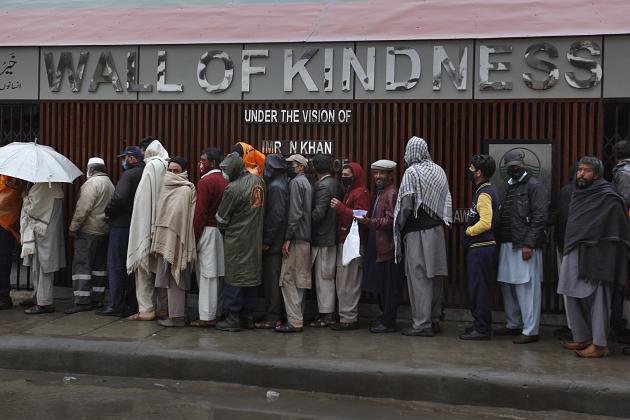 The coronavirus crisis is having a devastating effect on employment worldwide, with more than one billion workers at risk of a pay cut or losing their jobs, according to the International Labour Organization.

The UN agency says the pandemic is bound to prove a lot more damaging to the labour market than the global recession a decade ago.

“So this is a complete job catastrophe. But I suppose in a world where four out of every five workers are living in countries under total or partial lockdown, it shouldn’t come as a total surprise that we’re in this territory.”

Coronavirus-related lockdowns and travel restrictions are now affecting almost 2.7 billion workers worldwide, around 81 percent of the global workforce, the agency said in a new report.

Among them, 1.25 billion — about 38 percent of the global workforce — are especially vulnerable. They work in hotels, restaurants, retail and manufacturing, sectors which have seen “drastic” falls in output.

The Americas and Europe have the highest share of workers in these high-risk sectors and are more exposed to a labour market shock, but they also enjoy higher social protection coverage, according to the report. Worldwide, 2 billion people work in the informal sector, mainly in developing economies, which puts them particularly at risk.

Ryder urged countries to take steps to support their economies and keep people in work. A number of governments have already announced massive stimulus packages to support ailing companies and convince them to retain their workers despite the crisis.

“We need to see fiscal stimulus put into the economy. We need to see the type of accommodating monetary policy that can keep the economy going, and we’ve seen some pretty dramatic initiatives country by country,” he said.

France and Germany have both encouraged partial unemployment schemes, which get companies to reduce working hours instead of cutting jobs, and see the government compensate workers for the difference in their wages.

The European Commission has pledged to support such initiatives, throwing out its rule book on budget deficit rules and promising to raise up to 100 billion euros to help the bloc’s workers.

But the EU has so far failed to agree on the issue of so-called “coronabonds”, which would pool borrowing among member states to fight the crisis.

“I think the shortcoming (…) is that there is no international coordination. We’re not really seeing a pan-European approach to these problems, and still less are we seeing it at the world level,” Ryder said.

The future of work?

For now, the COVID-19 pandemic has upended businesses around the world, and lockdowns have forced companies and administrations to switch to remote working almost overnight. For workers, many of them stuck at home with their children to look after, it’s been a real shock to the system.

Asked if this crisis might irreversibly change how we work, however, the ILO’s chief offered a cautious perspective.

“I think we’re all surprising ourselves, aren’t we – the extent to which we’re capable of working digitally and remotely. I think really the question is not if it’s technologically possible, but is this how we really want to work,” he said.

“I’m not sure everybody really wants to work in that way. Work is a social thing (…) I don’t think we should jump to the conclusion that just because it’s possible, it’s necessarily desirable.”