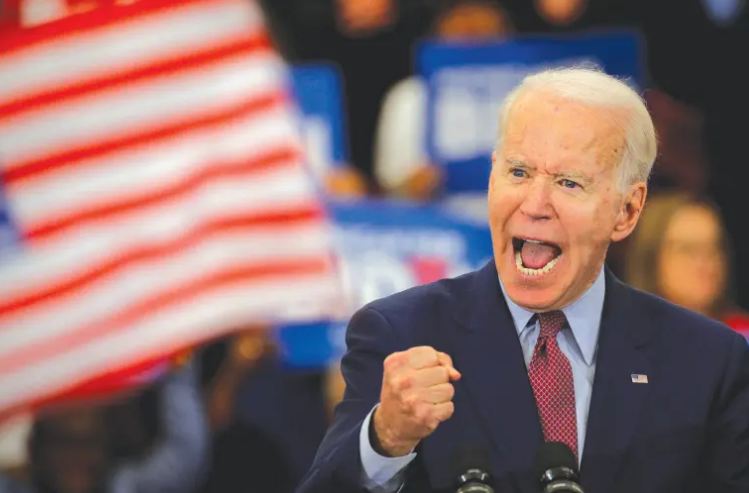 Former Vice President Joe Biden said Tuesday he didn’t see how the Democratic Party could hold its national convention as scheduled in July as cases of COVID-19 continue to spike around the country.

“It’s hard to envision that,” Biden, the leading Democratic candidate hoping to unseat President Donald Trump in November, told MSNBC’s Brian Williams. “Again, we should listen to the scientists.”

The nation held political conventions “in the middle of the Civil War all the way through to World War II,” Biden added, “have Democratic and Republican conventions and primaries and elections and still have public safety. And we’re able to do both. But the fact is it may have to be different.”

The comments came as the nation’s top public health officials predicted as many as 240,000 deaths in America from the novel coronavirus even if current social distancing guidelines are maintained in regions around the country. President Donald Trump said the U.S. was in for a “rough two-week period” as cases rose to more than 170,000. At least 3,500 Americans have died, many in New York, an epicenter of the outbreak.

“We are continue to see things go up,” Dr. Anthony Fauci, the country’s top infectious disease expert, said Tuesday, noting that he hoped the U.S. would do “much better” than the potential 240,000 figure. “We cannot be discouraged by that because the mitigation is actually working and will work.”

Williams asked Biden if he believed the Democrats would be able to hold the DNC — what he said would feature “every prominent Democrat in this country from all 50 states inside a hot arena” — in just over three months, prompting Biden to throw water on the idea.

“Who knows by the time we get into June, July, August, September what it’s going to look like,” Biden said, again repeating: “We’ve got to listen to the scientists.”

Politico noted that the former vice president has pushed back against suggestions the election be delayed or rescheduled even as dozens of states and territories have issued stay-at-home orders and many locales have delayed their own primaries in order to protect voters.

“There’s no rationale for eliminating or delaying the election,” he said.

The DNC has reportedly been looking into “contingency options” in case the convention, set to be held in Milwaukee from July 13 to 16, can’t go forward as planned. The New York Times reported last week that planning has been complicated by the fact that Sen. Bernie Sanders (I-Vt.) remains in the race, meaning Biden is not the presumptive nominee even though he currently holds about a 300-delegate lead in the primaries held so far..

Regardless, Biden said Tuesday the country should be planning for an election season tempered by the ongoing pandemic “now,” urging that there was still time to select a president and fight the spread of the virus.

Chile confirms more than 2,600 Covid-19 cases in a single day

Amphan: India and Bangladesh evacuate millions ahead of super cyclone