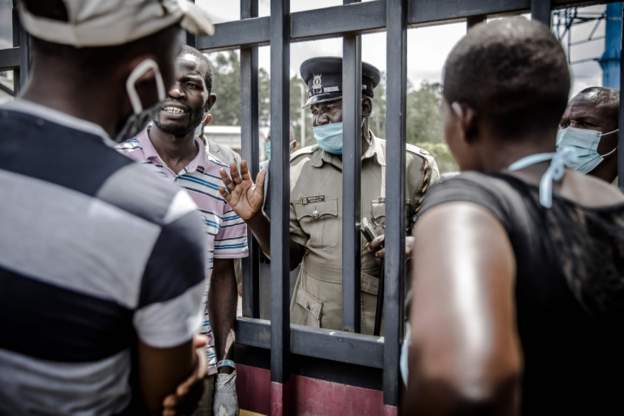 Kenyan activists and residents of an informal settlement in the capital, Nairobi, held an overnight demonstration on Monday, accusing police of killing a homeless man while enforcing a nighttime curfew.

Activists shared videos of the man’s body found in Mathare area with a gunshot wound and called for an end to police brutality. The hashtag #JusticeForVaite was a top trend on Twitter.

The demonstrators defied the curfew and lit bonfires in the area.

One activist, Boniface Mwangi, said the deceased man worked at a local market and used to sleep on the streets.

Human Rights Watch in April condemned police brutality in Kenya at the beginning of the dusk-to-dawn curfew.

The watchdog at the time said six people had been killed in the first 10 days of the curfew.