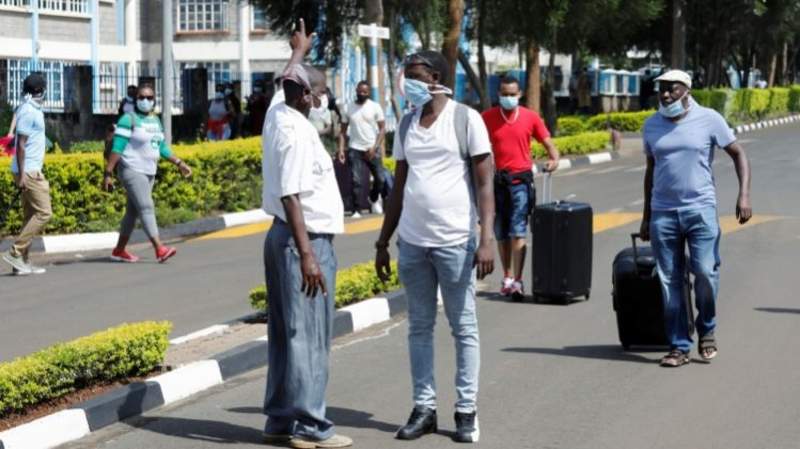 Dozens of Kenyans who have been in mandatory quarantine attempted to storm out of an isolation centre in the capital, Nairobi, because of what they say are unbearable conditions.

The health ministry says 225 people across the country have been infected with the virus, and people who recently entered the country before the closure of border crossings have been held in isolation in an effort to prevent further spread.

But many of them have told the BBC that they are suffering deep mental and psychological anguish because of a government directive to extend further their stay in isolation.

They accused the government of holding them in prison-like facilities, with little basic services.

“As of now we have no intention to go back to the quarantine facility. First on our inability to pay and secondly because it does not make any scientific sense for our continued stay at the centre,” Simon Mugambi told journalists at the Kenyatta University quarantine centre on Wednesday.

“The problem is they have continued to detain us even after posting negative results two consecutive times. The government continues to insist that this is being done at our own cost and we do not have the means to pay,” he added.

The group’s spokesman, identified only as Mr Tanui, added:

“We have faithfully followed government’s directive for 14 days quarantine, today marks our 23rd day at this facility. After testing negative twice, we should be released to rejoin our families immediately. We fail to understand what else the government wants us to do and what informs our continued forced detention here.”

“They are becoming so hostile even to the workers; even some of my workers have had to be physically abused… Please these people (the workers) are out there, they are putting their lives at stake, the least you can do as Kenyans is to give them some little, basic support and even show some level of etiquette.”

Anti-riot police deployed at the facility oversaw the group’s return to the centre.