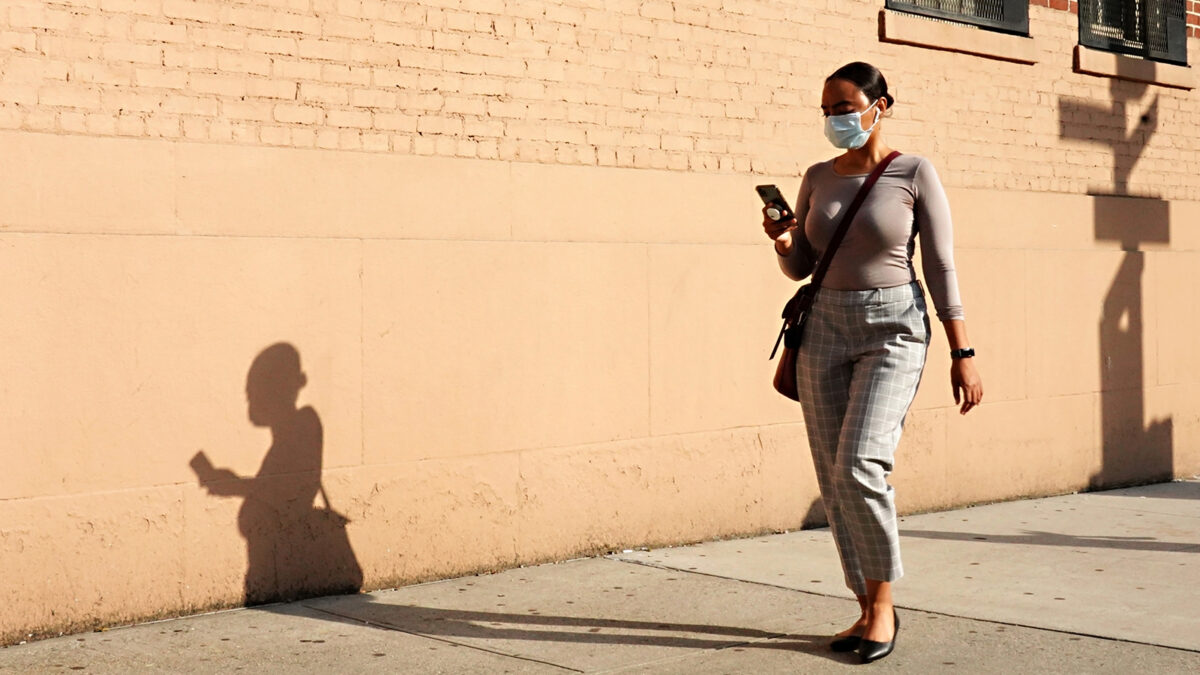 NEW YORK, NEW YORK - AUGUST 06: A woman wearing a protective mask walks while looking at a cellphone as the city continues Phase 4 of re-opening following restrictions imposed to slow the spread of coronavirus on August 6, 2020 in New York City. The fourth phase allows outdoor arts and entertainment, sporting events without fans and media production. (Photo by Cindy Ord/Getty Images)

Researchers behind an influential model at the University of Washington are now projecting that the US death toll could reach nearly 300,000 by December 1 — but that can be changed if consistent mask-wearing occurs.

“America’s Covid-19 death toll is expected to reach nearly 300,000 by December 1; however, consistent mask-wearing beginning today could save about 70,000 lives, according to new data from the Institute for Health Metrics and Evaluation (IHME) at the University of Washington’s School of Medicine,” a statement said.

According to Johns Hopkins University, nearly 160,000 people have died in the United States since the pandemic began. “The US forecast totals 295,011 deaths by December,” the IHME statement said.

The model doesn’t have to come true, said IHME director Dr. Christopher Murray: “The public’s behavior had a direct correlation to the transmission of the virus and, in turn, the numbers of deaths.”

In its previous forecast, published July 7, IHME projected there would be 230,822 US deaths from Covid-19 by November.

This new model assumes that 50% of school districts will have online school in the fall. When schools make their final decisions, this will impact the forecast and IHME “will incorporate them into our future revisions of forecasts.”