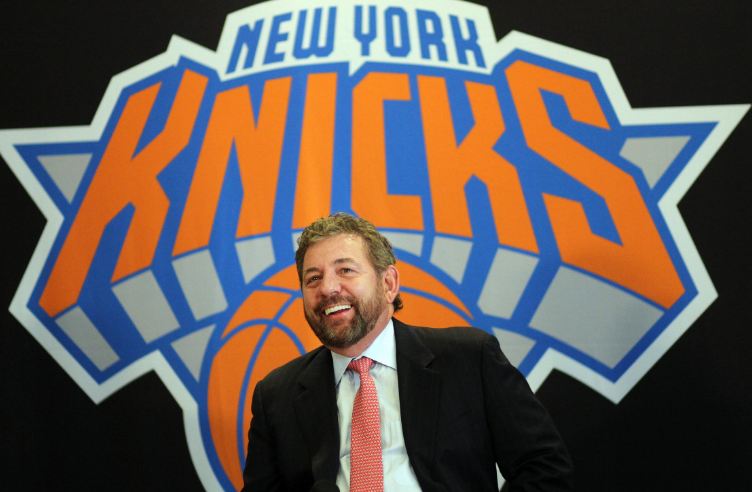 Madison Square Garden chairman James Dolan has tested positive for the coronavirus “with little to no symptoms,” the Knicks announced on their Twitter account Saturday night.

According to a source, Dolan is self-isolating with his family in the Hamptons and his test came back earlier this week. The Knicks said he “continues to oversee business operations.”

Dolan, who owns the Knicks and Rangers, is 64 years old. He did not attend the Knicks’ final road trip to Washington and Atlanta, but sat baseline at the Garden for their final home game on March 8 against the Pistons. Detroit’s Christian Wood became one of 10 players to test positive.

Earlier in the day, Dolan had reached agreement to pay his arena workers in his many venues through at least May 3 while establishing a $2.3 million relief fund for them.

Dolan has been in the headlines a lot in the last month — creating ire among the fan base for a recent feud with Spike Lee. Things had gone so awry with the fan base that the Garden chanted “Sell the team’’ on a couple of occasions earlier this month.

Despite the fan wrath he has received, Dolan offered up the Garden to the city as a potential housing of infected patients. Mayor de Blasio declined.

No Knicks player has tested positive for COVD-19, the club announced earlier this week. The statement said none of the Knicks players had symptoms and thus were not tested under CDC guidelines. Dolan had some mild symptoms at the time of his testing.

Most Knicks players have scattered about the country to their homes.

For instance, sources say RJ Barrett is in Orlando, Ignas Brazdeikas in Toronto, Damyean Dotson in Houston and Wayne Ellington in Miami. Taj Gibson has stayed in New York.

Pope Francis praying to an empty St. Peter's Square amid the coronavirus