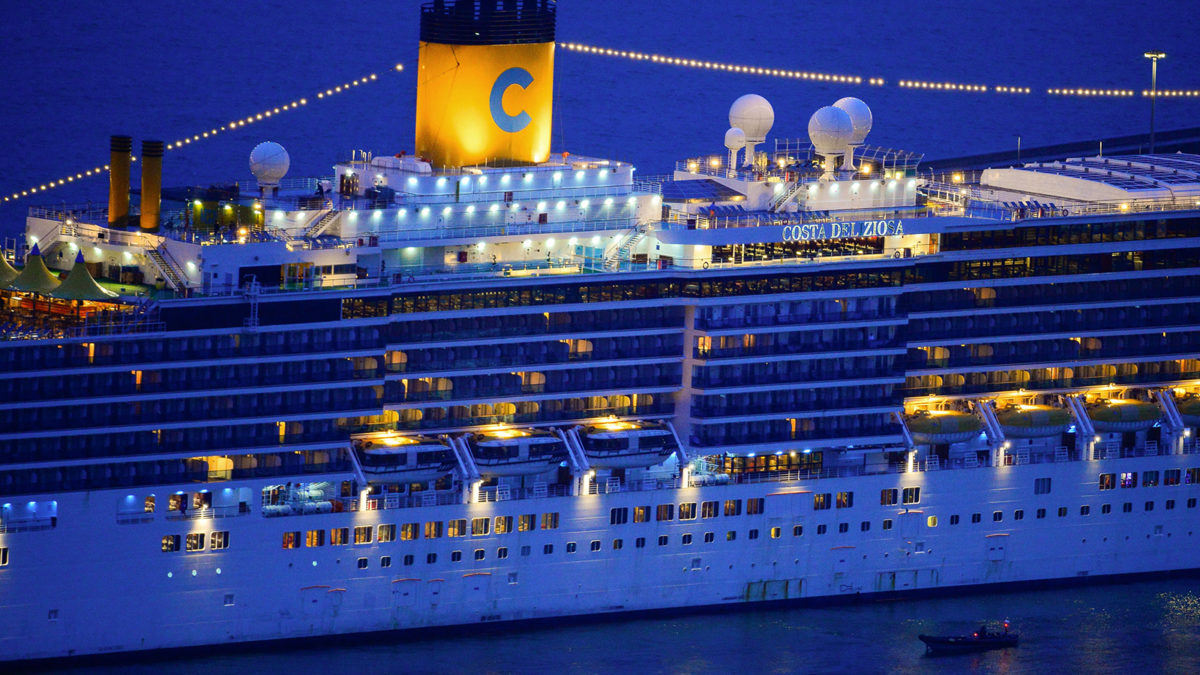 The Costa Deliziosa is docked at the port of Barcelona early on April 20, 2020. - After five weeks without touching land due to the restrictions linked to the coronavirus, a group of the 1,800 passengers on board the cruise ship were able to disembark in Barcelona, the penultimate stopover of an atypical world tour that will end in Italy. (Photo by Pau BARRENA / AFP) (Photo by PAU BARRENA/AFP via Getty Images)
Coronavirus, News, World

The planned docking of the world’s last major cruise ship remaining at sea was scuttled by rough seas Tuesday, the port authority of Genoa, Italy, said.

The Costa Deliziosa is now anchored just outside the port, officials said.

“The captain decided not to dock this afternoon given the sea conditions. The ship is located about 7 km from the coast and the docking was scheduled for this afternoon. It is unlikely that the ship will dock before tomorrow morning,” the port authority operations room told CNN.

Costa Deliziosa has 1,519 remaining guests and 898 crew on board. No cases of coronavirus have been reported cases on board the ship, a statement to CNN from Costa Cruises said Tuesday.

Other than that ship, the Cruise Lines International Association (CLIA) says there are no major cruise ships with passengers at sea anywhere in the world.

Some context: The Centers for Disease Control and Prevention (CDC) in the United States issued a “no sail order” for cruise ships on March 14 in order to fight the spread of coronavirus. The original 30-day order was extended effective April 15. The CDC said CLIA voluntarily complied with the order.

Spanish children will now be allowed on errands with parents