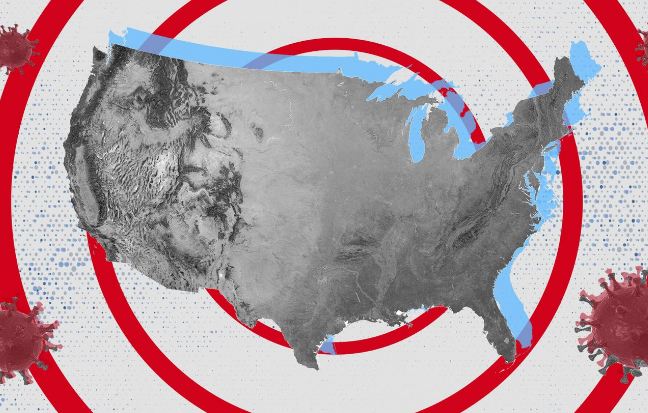 America is sliding into a winter limbo of alarming spikes in Covid-19 cases and deepening economic pain while an apathetic lame duck White House and a deadlocked Congress provide no political leadership.

The darkest holiday season in modern history beckons, yet President Donald Trump and his closest aides, sulking after his election defeat, are doing little to save lives, apart from claiming credit for a vaccine that represents a way out of the nightmare of 2020 but remains months away for most Americans.
The Democrat-controlled House of Representatives and GOP-led Senate will return to Washington this week, but have shown no signs they can get together to ease the consequent economic pain of millions of unemployed Americans amid scenes of long Great Depression-style lines outside food banks.
TRUMP TRANSTION
Trump’s legal defeats pile up while his attacks on Georgia’s election system raise GOP concerns | Analysis
Pennsylvania Supreme Court dismisses another election case brought by Republicans
MAP: Full presidential election results
President-elect Joe Biden is moving quickly to put a diverse and experienced team around him — he rolled out an all-female senior communications team Sunday, and he is expected to announce top economic officials this week.
But even a President-elect who promises to replace Trump’s neglect with a science-based approach to the pandemic can only do so much before he takes office on January 20, when the health crisis and economic toll are likely to be far worse.
The current President spent Sunday firing off delusional new claims to bolster his fantasy that the election was stolen, which did nothing to advance his inept legal cases but further poisoned hopes of national unity when he’s gone.
By contrast, top government health experts blanketed Sunday talk shows, warning of an alarming post-Thanksgiving rise in Covid cases, overwhelmed hospitals and exhausted health workers and pleaded with a country beset by pandemic fatigue to mitigate the pain and death for a few more months.
“This is a really dangerous time,” government testing czar Adm. Brett Giroir said on CNN’s “State of the Union” on Sunday.

Kim Jong Un is cutting off his economic lifeline, China, to stave off Covid-19

The tormented genius who became one of football's greatest players

How Many in Tri-State Tested Positive for Coronavirus? See Latest Cases by the Numbers