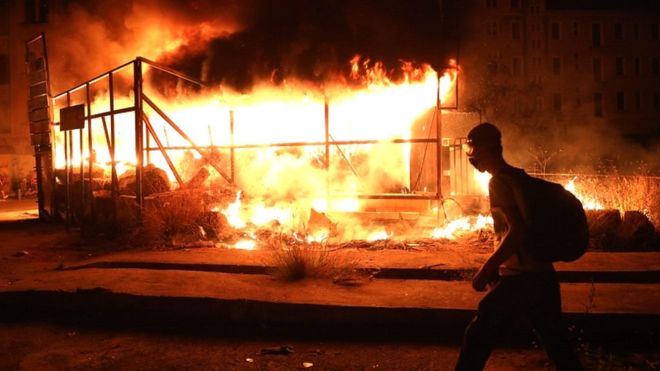 Hundreds of people have taken to the streets in cities across Lebanon amid escalating protests as the country faces a collapse in its currency.

Anger has surged as the Lebanese pound tumbled to record lows, having lost 70% of its value since October.

The prime minister has called an emergency cabinet meeting to discuss the economic crisis.

Protests over the cost of living began last October and have grown again after a pause during coronavirus lockdown.

In the capital, Beirut, and other cities demonstrators blocked roads and set tyres and rubbish bins alight, while in the northern city of Tripoli protesters threw petrol bombs at banks.

Many Lebanese citizens who rely on hard currency savings have fallen into poverty, their plight worsened by the pandemic.