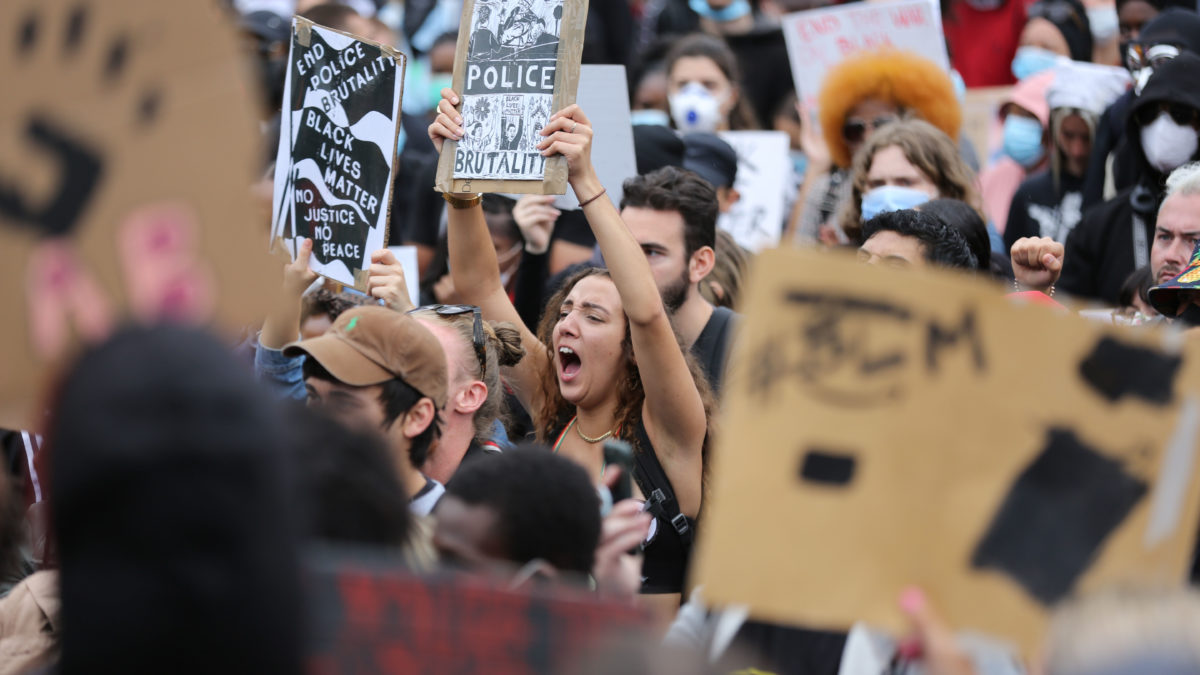 London Mayor Sadiq Khan has urged Black Lives Matter protesters to keep 2 meters (6 feet) apart and wear a face covering ahead of a planned demonstration in the city’s central Trafalgar Square on Friday.

“We understand why people want to protest and make clear that Black Lives Matter, it’s really important that people who feel strongly about this are able to protest, but we are in the midst of a global pandemic,” Khan told Sky News on Friday.

He urged protesters to wash their hands thoroughly and regularly, and that if they can’t do so, they should use hand sanitizer. “These rules are there to keep you safe and your loved ones as well,” he added.

Khan said during the last London protest on Wednesday “the vast, vast majority of those protesting did so peacefully, lawfully and safely” but a “very small minority acted in a way that is unacceptable, were abusive and violent towards our police officers. There can’t be an excuse for doing so.”

He added: “What they’ve done is not only injure our police officers and be abusive towards them, but they detracted from what is an important issue, Black Lives Matter. George Floyd’s awful, brutal death is what we should be talking about and addressing the racism, the discrimination and the inequalities black people face in my city, in our country and around the world.”