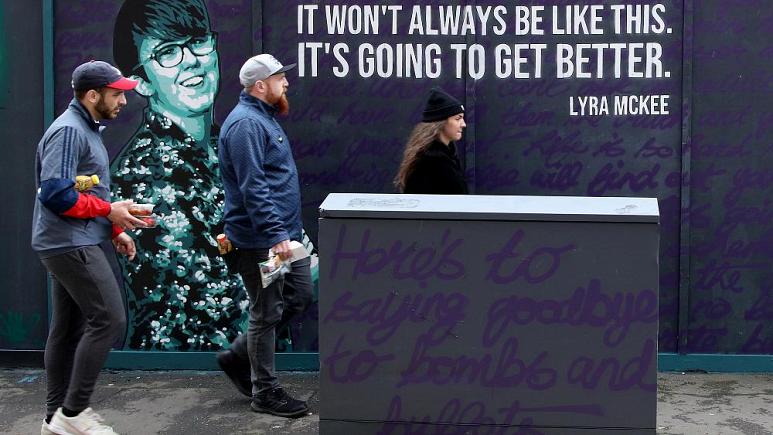 Police in Northern Ireland on Friday renewed their appeal for information into the death of Lyra McKee, one year after the journalist was murdered.

McKee, 29, was shot dead while observing rioting in the Creggan estate, Londonderry on April 18, 2019.

The New IRA paramilitary group has admitted it was responsible for the killing and police have charged one man, 52-year-old Paul McIntyre, with the murder.

Police, who do not believe that the murder involved just one person, are renewing their appeal for information, asking residents in Creggan to provide them with mobile phone footage and photographs of the night and tips to recover the gun that killed McKee.

Authorities are offering anonymity to anyone who comes forward with evidence.

In a letter sent to Creggan residents, Detective Superintendent Jason Murphy stressed that the charges filed up to now “do not signify the end of the investigation”.

“Lyra’s murder was not committed in isolation, nor did it involve only one person. The events that led up to Lyra being shot, and the events afterwards, are equally important. I am asking the community to reach into its conscience and tell us what it knows.

“Lyra’s family cannot begin the grieving process without the information about Lyra’s murder that they deserve. Anybody in their position would want the same,” he went on, adding that “sadly Lyra’s mum died very recently without seeing justice for her daughter.”

Coronavirus: China's economy shrinks by 6.8% in worst downturn since 1970s