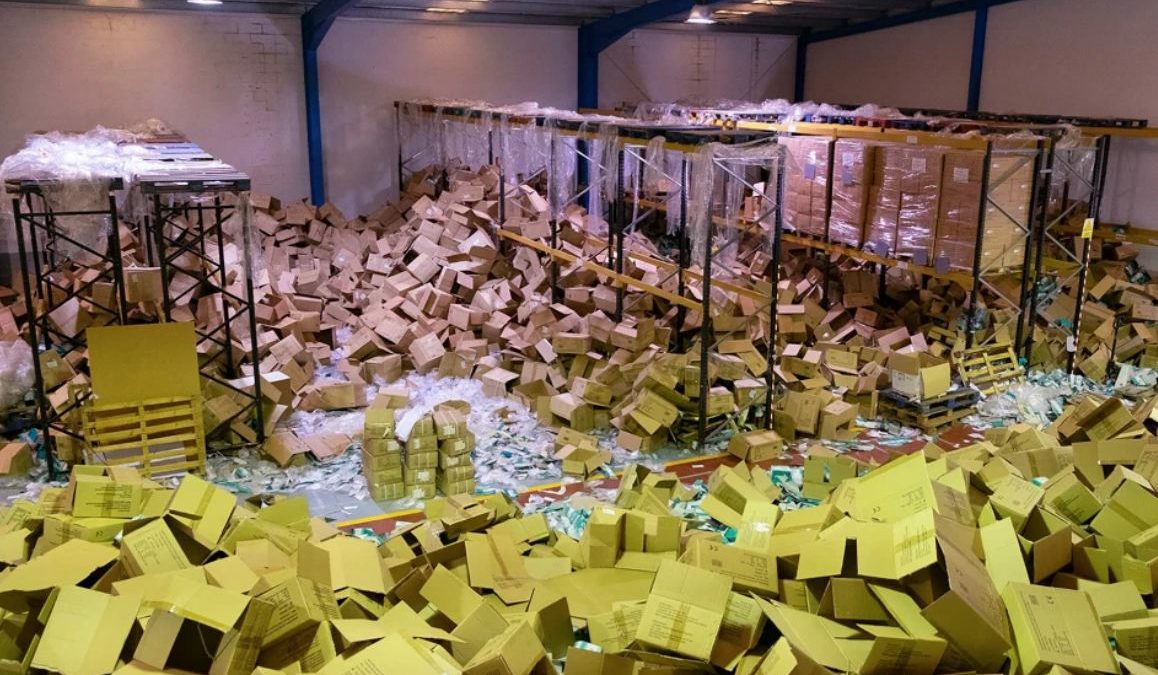 A Spanish businessman ripped off about 2 million face masks from a warehouse — and sold all but 100 to neighboring Portugal before he was busted, according to new reports.

The suspect, identified only as the director of a well-known local real estate firm, swiped the masks and other protective equipment including surgical gloves back in February from a locked warehouse in the city of Santiago de Compostela — where a medical supplies company that had gone into liquidation was storing them, local police said, according to Metro UK.

The suspected thief then sold the items to contacts in Portugal, police said. Portuguese authorities helped investigators crack the case.

Meanwhile, the Spanish government was forced to buy face masks from China in an emergency purchase as the virus infected its citizens, according to the report.

Alfonso Rueda, vice president of the Xunta de Galicia regional government, visited the theft site Monday and found that only about 100 of the 2 million face masks stored there were left untouched.

“The police received a tip-off that there could have been valuable health equipment here which would have been so necessary in the fight against COVID-19,” he said, according to Metro. “It had been cleaned out by the time they arrived. We calculate 2 million face masks have been stolen. Only the boxes are left.