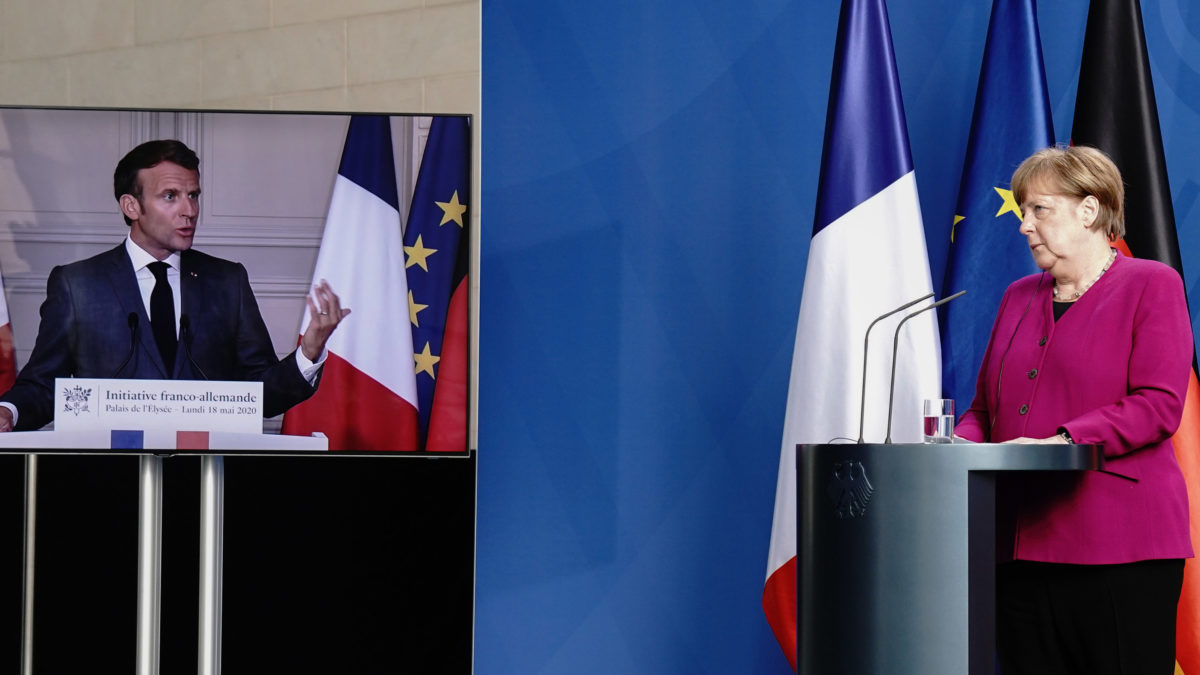 German Chancellor Angela Merkel listens during a joint press conference with French President Emmanuel Macron, who attends via video link, at the Chancellery in Berlin, Germany, on May 18, 2020 on the effects of the novel coronavirus COVID-19 pandemic. (Photo by Kay NIETFELD / POOL / AFP) (Photo by KAY NIETFELD/POOL/AFP via Getty Images)
Coronavirus, Europe, News

Speaking during a joint video conference today, Merkel confirmed that the European Commission will borrow money to boost the European economy, which has been severely weakened by emergency measures implemented to tackle the coronavirus pandemic.

“To support a sustainable recovery that restores and enhances growth in the EU, Germany and France support an ambitious, temporary and targeted recovery fund,” Merkel said.

“The recovery fund of 500 billion euro will provide EU budgetary expenditure for the most affected sectors and regions,” she added.

Macron joined Merkel on the video conference and noted that the new stimulus fund would be backed by the European Central Bank on the financial market.

“These 500 billion euros will have to be repaid,” Macron said, but “not by the beneficiaries” he added.

The French president also mentioned the need to “reduce our dependence on the outside in strategic sectors” and “better fight against predatory investments from other powers.”