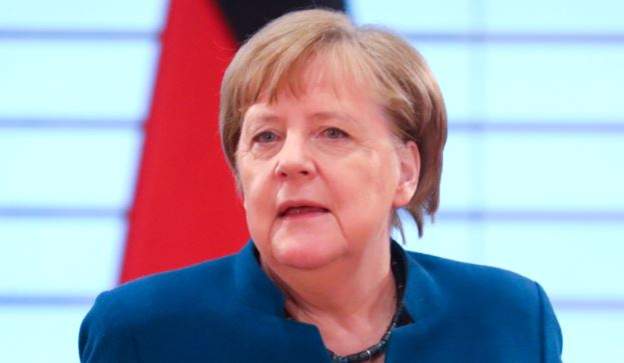 Chancellor Merkel said controlling the virus was a huge challenge for the cohesion of Europe.

“It’s the biggest challenge since World War Two, for the life and health of our people,” she told the Bundestag – the lower house of parliament.

Later on Thursday she will join other EU leaders in a video conference on the crisis.

She said that by continuing “with maximum discipline, we can get back to living in security faster”. She warned that such discipline was needed to avoid stop-start lockdowns.

“We must not waste what has been achieved already,” she said, praising the efficiency of Germany’s healthcare system and the armed forces’ assistance in the national effort.

Her government’s decisions in this crisis “have no historical model”, she said.

“The question of how we can prevent the virus from overwhelming our health system and subsequently costing the lives of countless people, this question will for a long time be the central question for politics in Germany and Europe.”

She said Europe must strengthen its capacity to produce specialised medical kit, instead of depending on global supplies, which are now very stretched.

At least 150 Italian doctors have died from coronavirus