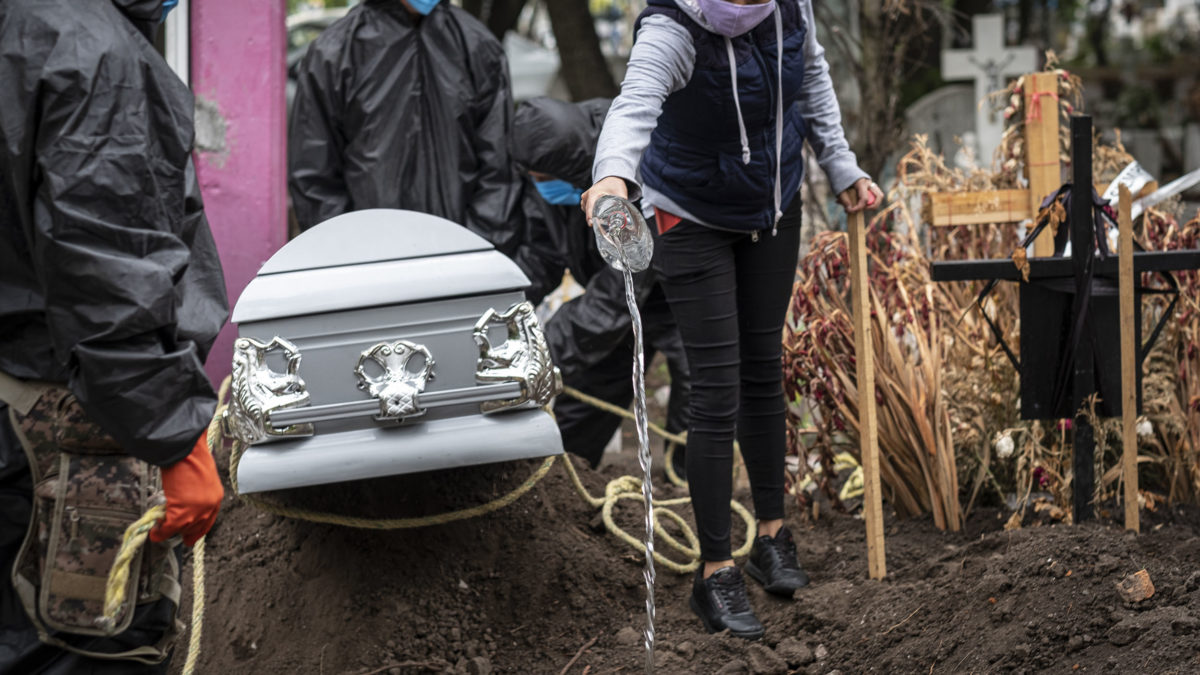 24 June 2020, Mexico, Mexiko-Stadt: A woman wearing a face mask pours holy water into a grave during the funeral of a Covid 19 death victim at the San Isidro cemetery. Several Latin American countries are currently among the hot spots of the global pandemic - almost four months after the first cases were recorded in the region. According to official figures, 196,847 people have tested positive for Covid-19. At least 24,324 people are reported to have died from the coronavirus. Mexico has the second highest death rate in Latin America Photo by: Jacky Muniello/picture-alliance/dpa/AP Images

Mexico reported 741 new deaths in the past 24 hours, bringing its death toll to 28,510. Spain’s total number of fatalities stood at 28,364 on Wednesday evening, according to Johns Hopkins University’s tally.

Mexico now has the sixth highest number of Covid-19 deaths in the world.