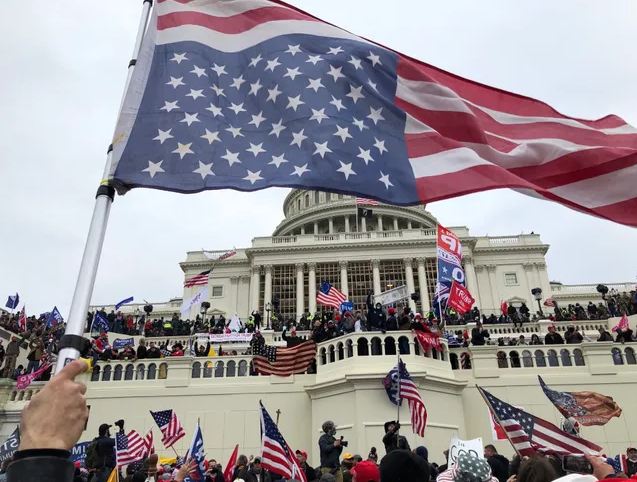 Democratic and Republican elected officials in Michigan condemned supporters of President Donald Trump after they rioted at the U.S. Capitol on Wednesday.

The mob disrupted what is traditionally a routine proceeding: a joint session of Congress where Electoral College votes are read and accepted.

Instead, moments into the proceeding, hundreds of violent actors broke into the Capitol, at times attacking law enforcement officers. The riot came hours after Trump spoke at a rally in Washington, D.C., where he continued to spread lies that the election was somehow rigged or stolen.

“This is happening because of lies. Because of a choice leaders made to spread and repeat lies about our democracy. They spread and repeated those lies in court, to the media, in the halls of our state legislatures. That is why this is happening,” Michigan Secretary of State Jocelyn Benson tweeted. More:Pro-Trump rioters breach Capitol, forcing lockdown; one person shot; Pence evacuated, Senate chamber cleared out

More:Michigan lawmakers speak out as protesters breach U.S. Capitol: ‘This is a dark moment’

“It’s really difficult to articulate just how unprecedented, how dangerous and how outrageous this is. It’s shocking to the conscience. It undermines our faith in democracy. This is not a game. Our American democracy is bigger and more important than any individual,” Whitmer said.