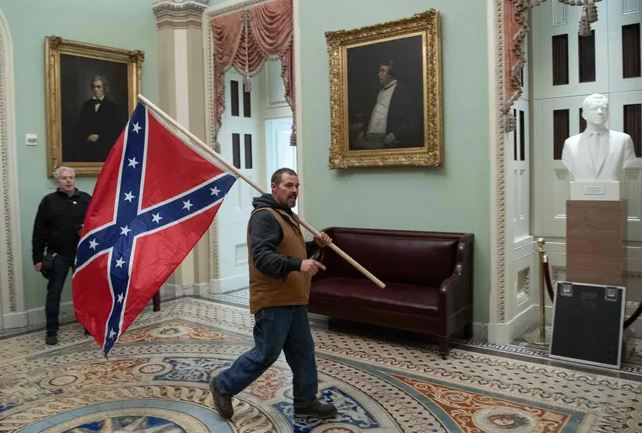 Civil rights activists and others in metro Detroit said they are outraged over Wednesday’s violent attack on Capitol Hill — noting the stark difference between how the mostly white men who stormed government buildings were treated compared to how communities of color protesting police brutality were roughly handled last year.

As the drama unfolded Wednesday, minorities and others said that the racial chasm was glaring and painful, but unfortunately, not surprising.

“When I see the way that Black people and people of color were treated last summer versus the way that this majority-white crowd is being treated … it’s unnerving,” said Imani Thomas, 25, of Southfield. “When Black Lives Matter protesters were in D.C. in the summer of 2020, we saw rubber bullets being shot at protesters who were for the most part there peacefully.”The storming of the Capitol building in Washington brought back memories for many of the April protests, when right-wingers opposed to coronavirus guidelines entered the Michigan Capitol building in Lansing, many of them armed.

“This is terrorism right here in the United States of America,” said the Rev. Charles Williams II of Detroit, who often leads peaceful protests as the head of the Michigan chapter of the National Action Network and pastor of Historic King Solomon Baptist Church of Detroit. “This is not how we practice democracy.

Michigan leaders denounce US Capitol riot: 'This is happening because of lies'