‘More deaths than we could have ever imagined’: Largest US city deals with its dead 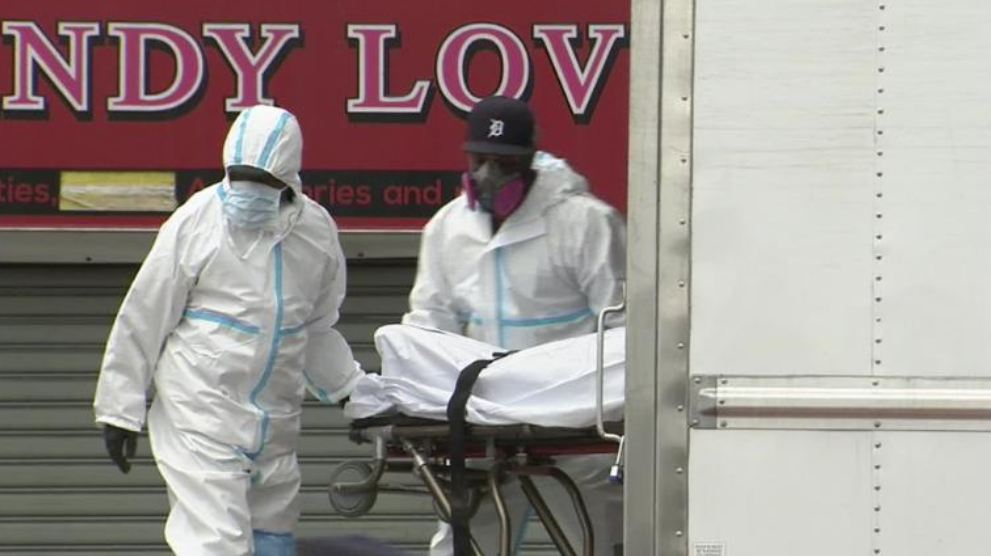 n his final moments, Ananda Mooliya reassured his wife and two sons that he was fine, though they could hear his labored breathing from the next room, over the sound of the TV.

His wife, Rajni Attavar, made soup for him. Mooliya struggled out of bed. With the help of eldest son, Amith, the 56-year-old subway station agent made his way to a kitchen chair in their Corona, Queens, home. Sweat beaded on his face. His mouth was open.
“I wiped his face,” Attavar recalled through tears. “Then I called out his name. He didn’t respond.”
She sprinkled water on his head. Amith checked his father’s weakening pulse. His younger son, Akshay Mooliya, 16, called 911. EMTs arrived and, for about 10 minutes, aided his breathing with a respiratory device.
They then covered him with a white blanket on the kitchen floor.
It was April 8 at 9:37 p.m., according to his death certificate. Immediate cause of death was listed as “Recent Influenza-Like Illness (Possible COVID-19).” Several hours would pass before his body was lifted off the floor and taken to a morgue — and nearly three weeks before his cremation, family members said.
“I was the last person in the family to see his face before he died,” Amith, 21, recalled. “I didn’t even say goodbye.”The handling of Mooliya’s body isn’t unusual in these times.
The corononavirus death toll has overwhelmed health care workers, morgues, funeral homes, crematories and cemeteries. Body bags pile up across the city that became epicenter of the pandemic. On the day Mooliya died, there were 799 Covid-19 deaths in the state of New York, a one-day high. To date, the state has recorded more than 24,000 deaths, most of them in New York City.
Among the many ways life has changed is how America’s largest city deals with its dead.
Though the city doubled to about 2,000 its capacity to store bodies, funeral homes are still turning down cremations because they can’t hold onto the bodies. A Brooklyn cremation chamber broke down under the sheer volume of corpses. Cremations are delayed to mid May and beyond. Bodies rest in refrigerated trailers in funeral home parking lots. Burials are backed up.
“So many more deaths than we could have ever imagined,” said Joe Sherman, the fourth-generation owner of Sherman’s Flatbush Memorial Chapel in Brooklyn. “I’m doing this 43 years. I’ve never seen anything like it.”The grim struggle to keep up with death was highlighted on Wednesday, when four trucks with as many as 60 decomposing bodies were discovered on a busy street outside a Brooklyn funeral home. A passerby saw fluids dripping from the trucks.
The overwhelmed funeral home ran out of space for bodies, which were awaiting cremation, according to a law enforcement source. It brought in trucks for storage. At least one truck lacked refrigeration, with body bags on ice, one source said.
What to know about the three main types of coronavirus tests
What to know about the three main types of coronavirus tests
“It’s such a sad situation and so disrespectful to the families,” Mayor Bill de Blasio told CNN Friday. “That was an avoidable situation… There were lots of ways that the funeral home could have turned to us for help. But they stayed silent. That’s a rarity. Overwhelmingly, even with the horrible strain and the emotional strain, funeral homes have really stood by the families in the city and served them.”
The New York State Department of Health has suspended the license of the Andrew T. Cleckley Funeral Home. Health Commissioner Dr. Howard Zucker called its actions “appalling, disrespectful to the families of the deceased, and completely unacceptable.”
CNN sought comment from the funeral home multiple times. On Wednesday, someone identifying himself as its owner declined comment.
On Thursday night, 18 bodies were found at an “overwhelmed” funeral home in New Jersey, State Police Colonel Patrick Callahan told reporters.