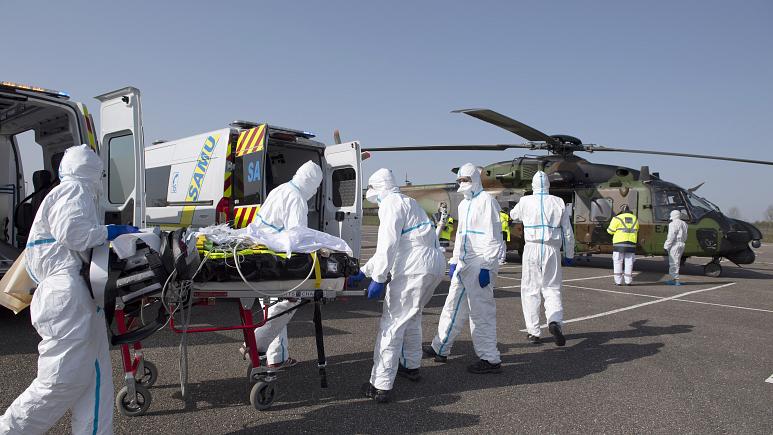 More French patients infected with COVID-19 have been transferred to hospitals in Germany and Switzerland, authorities have confirmed.

The German Air Force confirmed on Twitter that one of its planes flew two patients from Strasbourg, in eastern France, to Ulm, in the southeastern German region of Baden-Wurttemberg. 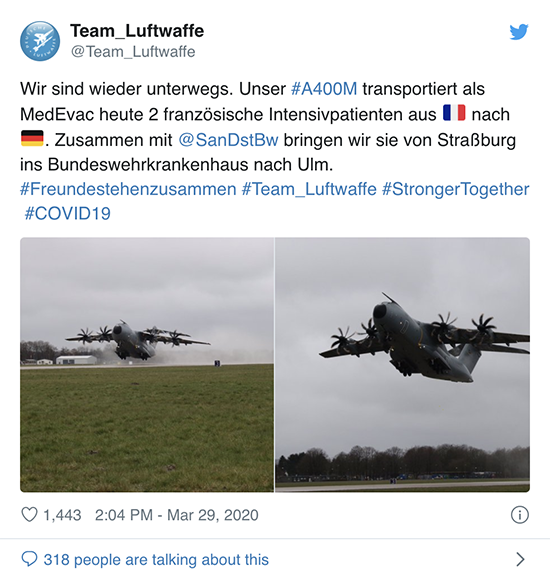 Eight French and Italian patients infected with COVID-19 were similarly transferred to hospitals in Germany on Saturday.

Six of them were flown from Lombardy, Italy’s worst-hit region, to Cologne where they were then dispatched to hospitals in Cologne, Bonn and Bochum. 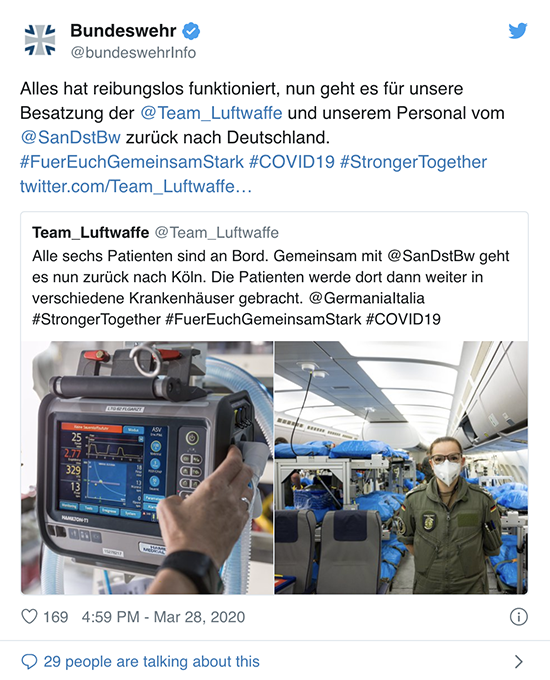 Meanwhile two other patients, from Metz, eastern France were flown to the city of Essen, also located in the North Rhine-Westphalia region. 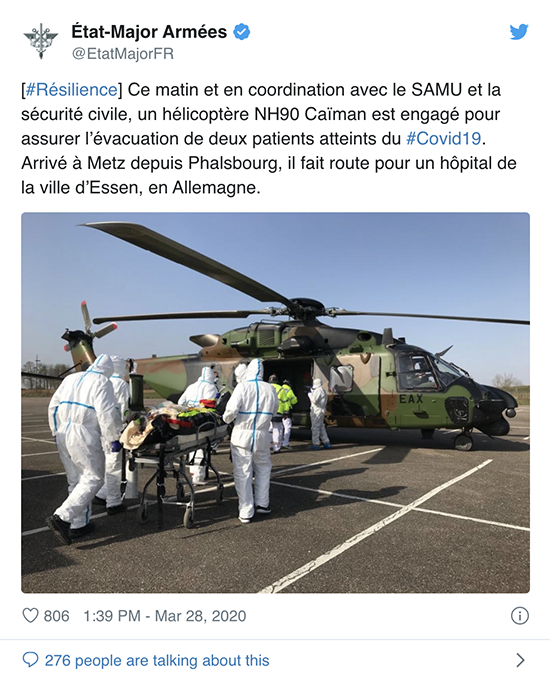 In a statement, Armin Laschet, the North-Rhine Westphalia prime minister had said: “Our friends from Italy in particularity need our solidarity these days. With the admission of the patients, we want to signal: You are not alone.”

The patients were chosen by French and Italian doctors in close consultation with German hospitals which outlined what equipment they had available.

Other German states have also welcomed patients from France and Italy, the latter of which is the most heavily impacted country in the world.

She also announced that some patients from the eastern city of Mulhouse had been transferred to Switzerland. 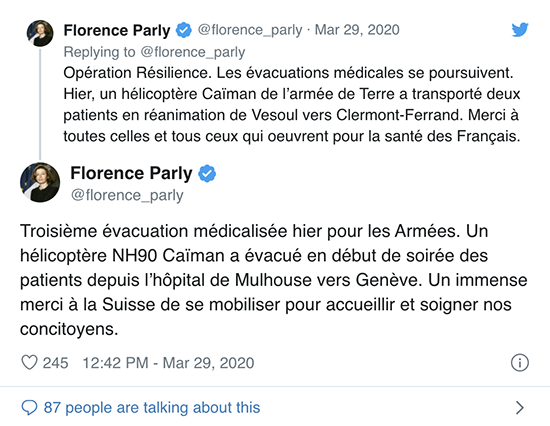 France’s eastern regions have been the most impacted by the pandemic in the country and authorities have transferred dozens of patients out of saturated hospitals in the areas to other facilities across the country, primarily by helicopters and trains.

Austria, France and Germany have also sent millions of face masks to Italy as well as protective suits, the European Commission revealed earlier this week. 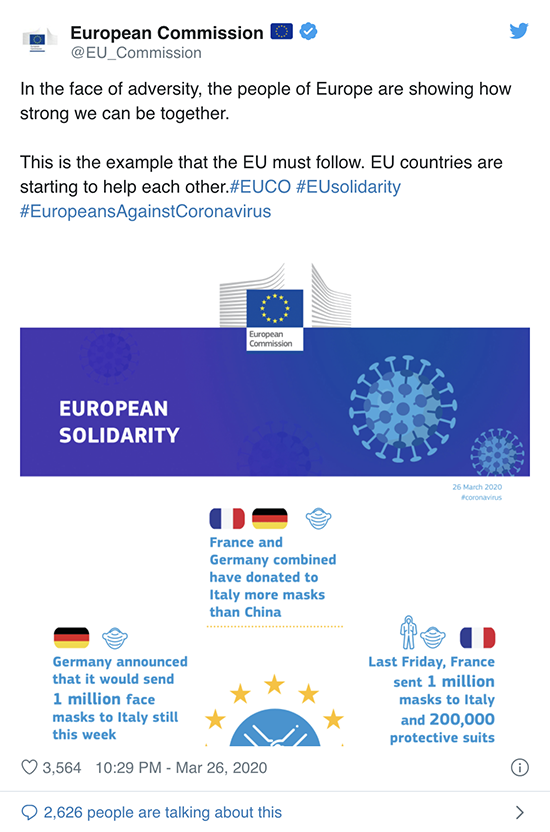 Germany has so far recorded 455 deaths, according to a tally by the John Hopkins University, despite having registered more than 50,000 confirmed cases. The low mortality rate is due in part to the country’s vast testing campaign.