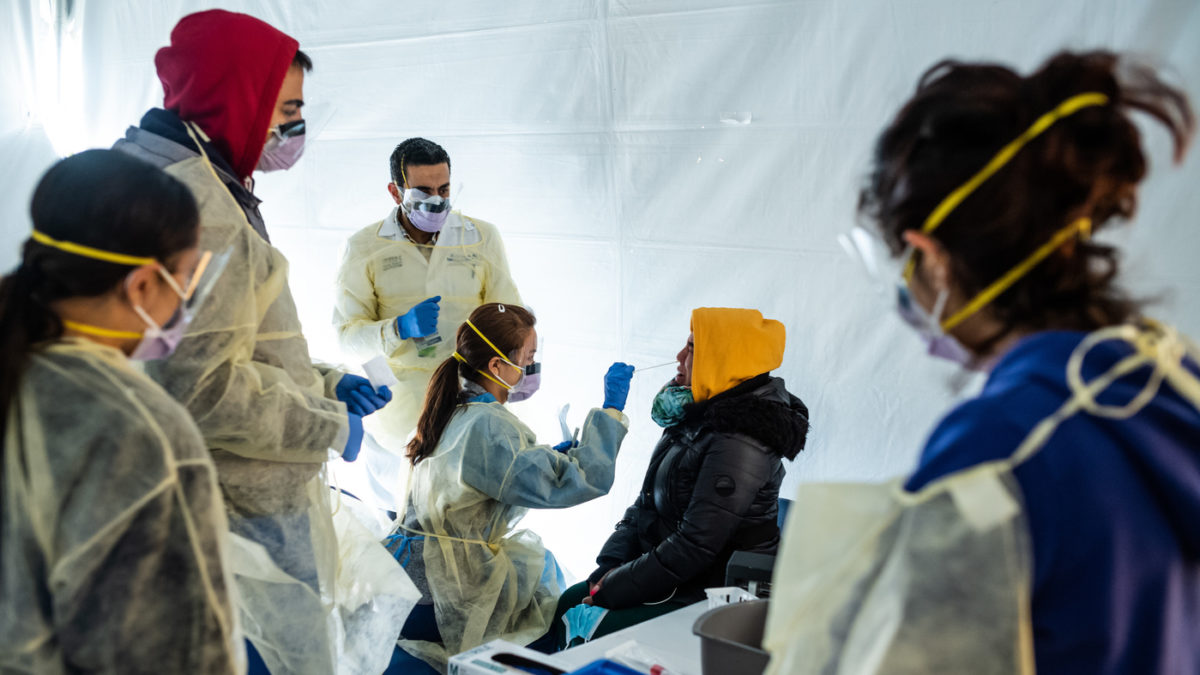 Doctors test a hospital staffer Tuesday for coronavirus, in a triage tent that's been set up outside the E.R. at St. Barnabas hospital in the Bronx. Hospital workers are at higher risk of getting COVID-19, and public health experts fear a staffing shortage in the U.S. is coming.
Coronavirus, News, USA, World

More than 1,400 medical workers sign up to volunteer across New York City

The volunteers will be divided over 40 hospitals and 40 nursing homes, the mayor said.

De Blasio also made a plea for anyone that has been diagnosed with Covid-19 and has recovered to give blood so health officials could use the plasma to fight the disease.

As the weather gets better, the New York Police Department and Parks Department are stepping up enforcement citywide, targeting hotspots for complaints and non-compliance, de Blasio said.

There will be fines of up to $1,000 if people ignore the social distancing rules, de Blasio said.

By the numbers: At least 317 people were admitted to the hospital for suspected coronavirus cases across New York City, de Blasio said.

That number is up from 261 people admitted on April 16, the mayor says.

There are at least 849 people in NYC Health and Hospitals ICUs, that number is down from 880 people on April 16.