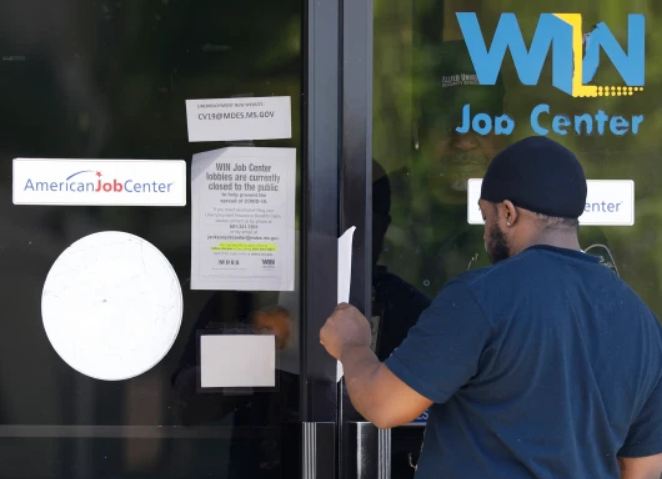 Last week’s seasonally adjusted total added to an unprecedented surge in initial jobless claims as the pace of filings barely slowed from a record-shattering 6.8 million in the prior week, the US Department of Labor said Thursday. The massive jump started with 3.3 million claims in the week ending March 21.

The numbers suggest more than 10 percent of the American workforce has been sidelined as the viral pandemic ground the US economy to a halt. But the bleeding isn’t likely to stop any time soon as economists expect payrolls to shed 20 million jobs in April.

The continued surge came as more than 95 percent of Americans lived under stay-at-home orders that aim to stop the spread of the deadly coronavirus but have forced businesses deemed non-essential to close and lay off workers.

Economists predicted Thursday’s report would show about 5.2 million unemployment claims this week as state agencies scrambled to process the massive number of applications that has jammed phone lines and caused government websites to crash. New Yorkers have reported weeks-long delays in filing their claims as millions of calls overwhelmed the state Labor Department’s hotline.

The jobless claims data have the most timely signs of just how deeply the coronavirus crisis has gutted the US labor force. The feds have said the unemployment rate jumped to 4.4 percent in March, but that figure only reflects the first half of the month and doesn’t account for the massive losses that came later. While economists widely expect unemployment to blow past the Great Recession’s peak of 10 percent, some experts such as St. Louis Federal Reserve president James Bullard have warned it could climb as high as 30 percent.