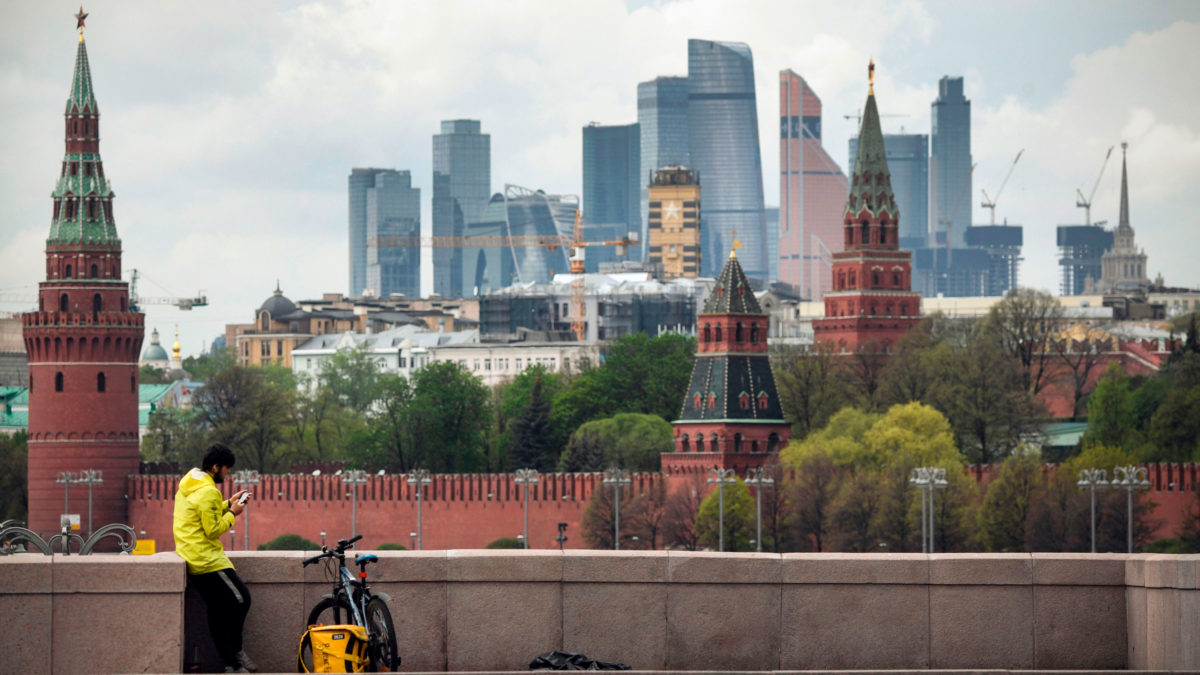 A food delivery courier uses his smartphone on a bridge in downtown Moscow on May 6, 2020, in front of the Kremlin and buildings of the Moscow International Business Centre (Moskva City). (Photo by Alexander NEMENOV / AFP) (Photo by ALEXANDER NEMENOV/AFP via Getty Images)

Moscow will ease restrictions for industrial enterprises, allowing factories and construction companies to reopen starting May 12.

But self-isolation limits will remain in place, the city’s mayor Sergey Sobyanin said in a videoconference chaired by President Vladimir Putin.

Sobyanin said the outbreak in Moscow has generally stabilized and linked recent increased numbers of reported cases, which were at around 5,000 a day, to expanded testing.

“Over the past two weeks, the hospitalization of patients has not increased, the number of patients in serious condition who require hospital care is not growing, it is approximately at the same level,” Sobyanin said.

Sobyanin later said cafes and restaurants will reopen last as they “circulate an unlimited number of people,” while factories are “localized collectives” that amount to around 3.5 million workplaces.

During the videoconference, the head of country’s wellbeing agency announced a three-stage plan of reopening, which regions will implement independently.

The first phase would allow people to exercise outside and reopen small shops. The second involves opening up schools and universities as well as larger stores, but with a limited number of people allowed inside at the same time. The third phase means the reopening of parks, all shops, schools, and restaurants.

Questions raised amid pandemic: Three frontline health care workers have mysteriously fallen out of hospital windows in Russia over the past two weeks, heightening public attention to the working conditions for doctors and medical professionals amid the coronavirus pandemic.