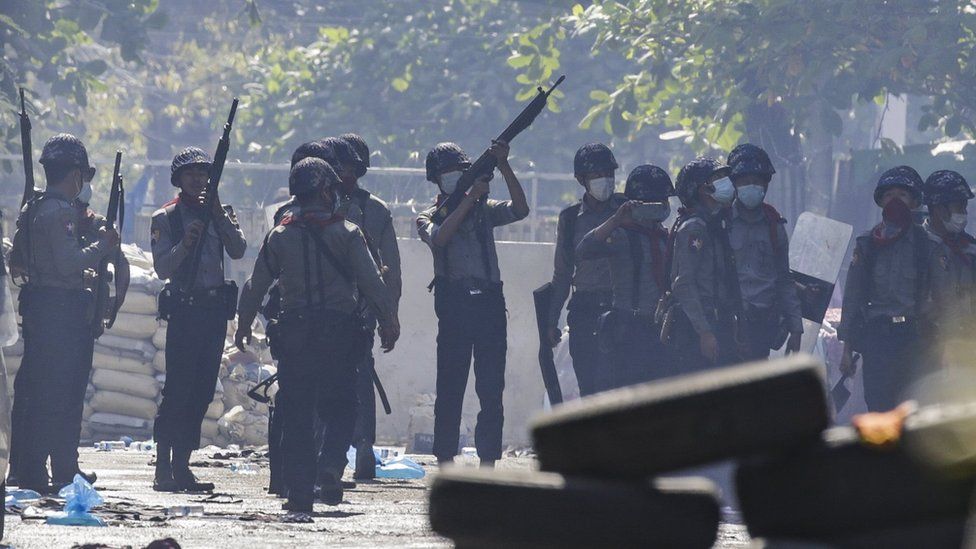 Dozens of Myanmar protesters who had been cornered overnight by security forces in Yangon have escaped from the area where they were trapped.

About 200 people were caught in a four-street area in Sanchaung district which the police sealed off.

At least 40 people were arrested and taken away but others managed to escape as police numbers dwindled overnight, a local resident said.

More demonstrations are being staged in Myanmar’s biggest city on Tuesday.

Mass protests have been seen across the south-east Asian nation since the military seized power on 1 February in a coup.

At least 54 people have died in the protests, which are calling for an end to military rule and the release of the country’s elected government leaders – including Aung San Suu Kyi – who were overthrown and detained in the coup.

According to United Nations (UN) chief Antonio Guterres, many of those trapped on Monday had been women who were marching in support of International Women’s Day.

The UN had appealed to the military for their “safe release”, with Mr Guterres urging “maximum restraint”.

Many protesters, who had nowhere to turn to, were taken in by local residents. Others were trapped.

Early on Tuesday, one protester told the BBC that he was able to leave at around 06:30 local time (00:00 GMT). He said security forces had left the area early in the morning.

He added that 40 people had been arrested overnight, but the rest of them remained hidden until the morning and were able to leave.

Another protester told the BBC that she and a group of people were taken in by hosts when troops begin blocking the streets.

“There were seven of us trapped – six women and one man. [After a while of being inside] we got anxious and realised the [troops] were not going to leave,” she said. “So we came up with some solutions to get out of that house.”

‘Free the students’
Myanmar police on Monday night started raiding houses in the area looking for people who were from outside the district.

Reports later emerged that security forces had surrounded a group of young people in the Sanchaung neighbourhood – with explosions heard from the area.

Activist Maung Saungkha said on Twitter late on Monday that he managed to “escape” Sanchaung, but added that “almost 200 young protesters are blocked by police and soldiers there”.

In Yangon, huge numbers of people gathered on the streets, defying a curfew, in an attempt to distract security forces. They were heard chanting: “Free the students in Sanchaung.”

It’s thought that three people died in demonstrations across the country on Monday.

In a statement on Facebook, Mizzima said it would defy this ban, adding that it would “continue to fight against the military coup by publishing and broadcasting through multimedia platforms”.

Just before the government’s announcement, Myanmar Now reported that its office in downtown Yangon had been raided by soldiers and police.

They added that computers, printers and parts of the newsroom’s data server had been seized. One of the news agency’s reporters was arrested while livestreaming a protest in Yangon last month.

Myanmar, also known as Burma, became independent from Britain in 1948. For much of its modern history it has been under military rule

Restrictions began loosening from 2010 onwards, leading to free elections in 2015 and the installation of a government led by veteran opposition leader Aung San Suu Kyi the following year

In 2017, Myanmar’s army responded to attacks on police by Rohingya militants with a deadly crackdown, driving more than half a million Rohingya Muslims across the border into Bangladesh in what the UN later called a “textbook example of ethnic cleansing” 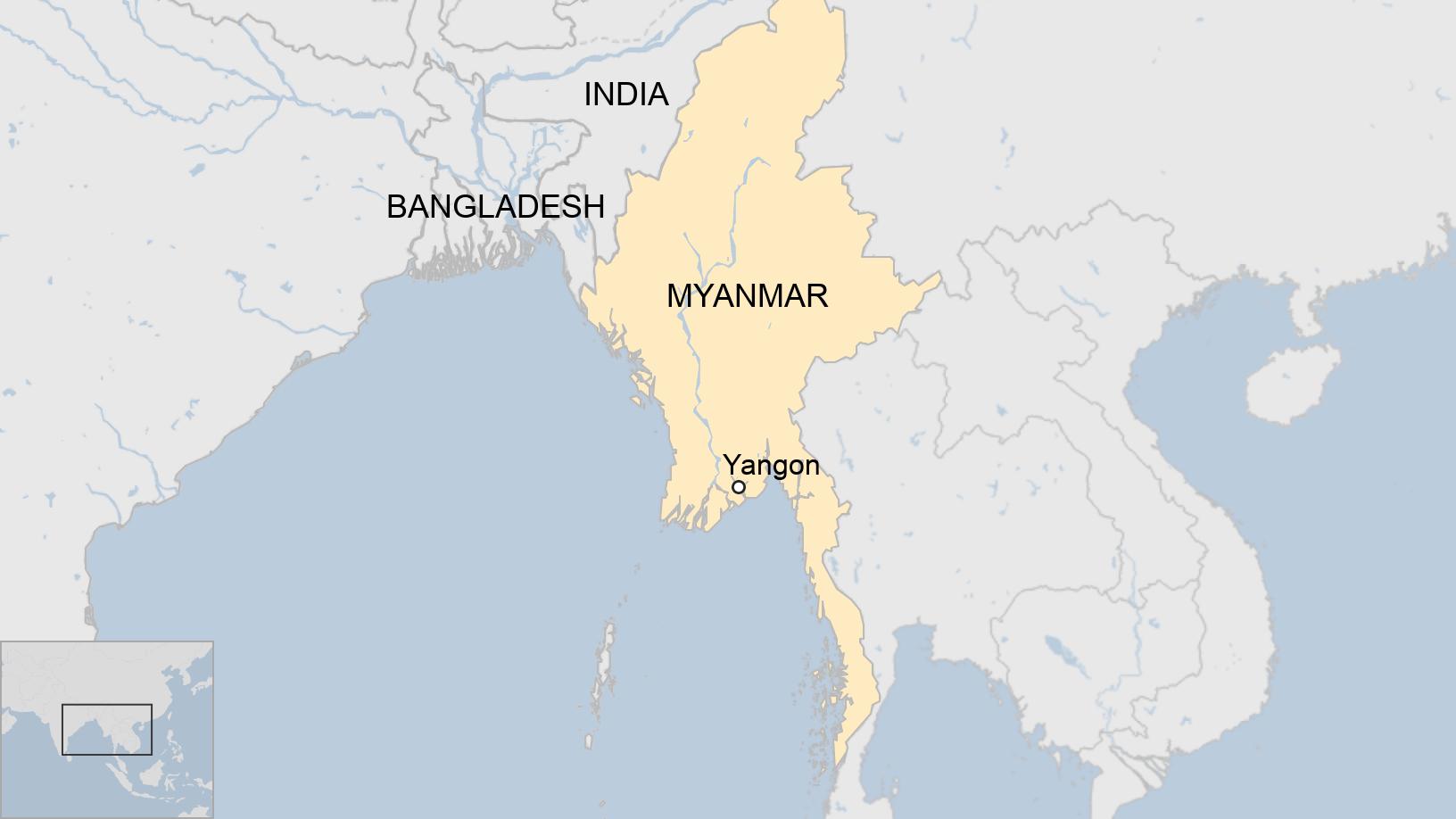