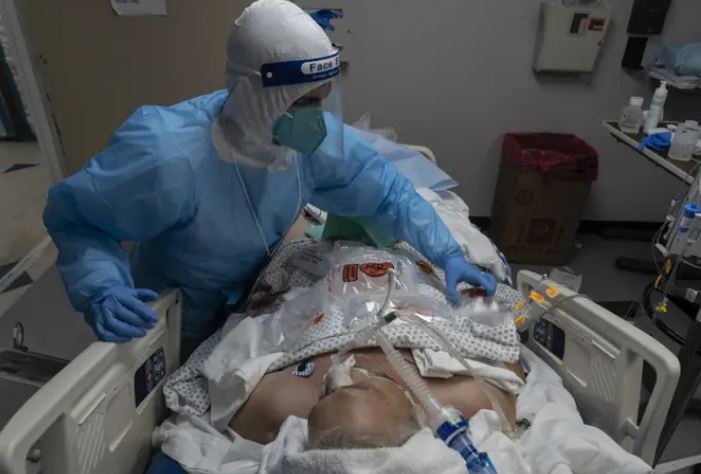 The US has careened past 11 million recorded cases of the coronavirus, adding one million new cases in just the past week as the country faces an alarming acceleration in spread.

According to data compiled by Johns Hopkins University, the US hit the 11-million mark on Sunday afternoon after ticking over 10 million on Monday, Nov 9. Since then, there have been an average of 150,000 new cases a day.

There are roughly 70,000 people in US hospitals being treated for severe cases of COVID-19 — more than ever before. In the coming days, the country is also set to officially record a quarter of a million dead.

Healthcare providers and experts have been desperately sounding the alarm about the third wave of the pandemic, as cases surge in every state in the US. Some 38 states reported more than 1,000 new cases on Saturday, according to the Atlantic’s COVID-19 Tracking Project. Cases are typically lower over the weekend and are expected to rise during the week.

Governors across the country of different political stripes have been taking new action this week in response to the surge, hoping to prevent hospitals from getting overwhelmed as Thanksgiving nears.

In Washington State, Gov. Jay Inslee on Sunday announced broad new restrictions for the next four weeks, including shutting down indoor service at restaurants and bars, gyms, movie theaters, and museums. The state is also prohibiting indoor gatherings of people from separate households, unless they have quarantined for at least a week and received a negative COVID-19 test.

Obama says he doesn't take Trump seriously; Giuliani claims to have proof he 'can't disclose yet'