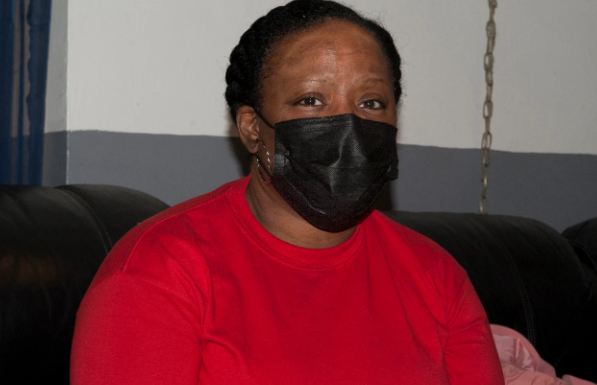 The mother of Saturday’s deranged naked subway pusher says her son was not an aggressive person — just off his meds during the Manhattan horror.

Ethel Trammell told The Post on Sunday that her son, Malik Jackson — who was killed after jumping on the good Samaritan trying to help the man he shoved — would typically have been the one to play the hero, not villain.

“I apologize for what he did to the people in the subway,” said Trammell, 53, of Far Rockaway, Queens. “But that just wasn’t him.

“He definitely would’ve helped,” the mom said. “He wouldn’t be pushing nobody down there. He would’ve been the one that would’ve jumped down there himself.”

She said Jackson was hurt by the COVID-19 pandemic — because it seemed to have wiped out the social services he’d been receiving.

Trammell said Jackson was diagnosed with psychosis when he was a teenager and started to hear voices, becoming paranoid that people around him were trying to dress the same as him.

She said she would send money and clothes for him to the West 110th Street homeless shelter where Jackson had been living. She said she hadn’t see him for nearly two weeks.

“He was off his medication,” she said. “The last time he was here was Jan. 4, which was his birthday.

“If he got off his medication, he just wasn’t stable, and the longer he was off, he would get aggressive.

“The guy on the subway, that definitely was not my son,” Trammell said. “This was one of the nicest guys in the world. He was so nice, he would give you the shirt off his back.

“And now people probably say, ‘Oh, the maniac in the subway,’” she added. “But his behavior doesn’t explain who he really was.”

Tyler Horrell, a 55-year-old disabled US Army vet, jumped onto the tracks to help the man, only to have Jackson attack him.

Inauguration 2021: What happens on the day Joe Biden and Kamala Harris are sworn in?

Charlie Baker urges travelers not to come to Mass. communities and to self-quarantine if they do