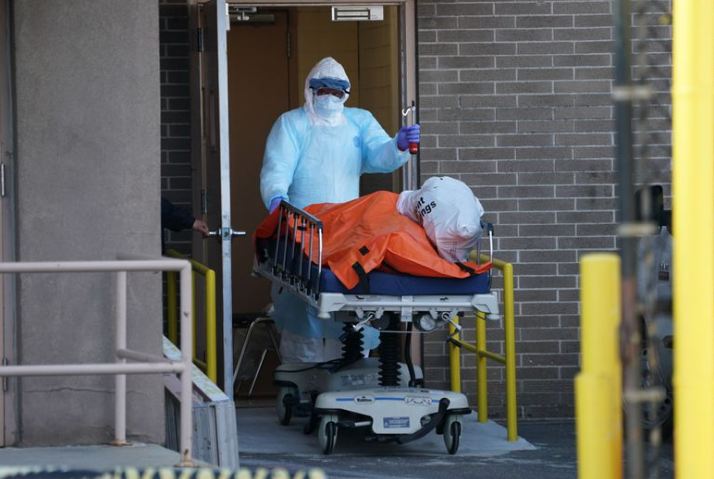 Nearly 600 additional people in New York state died of coronavirus Saturday, bringing the grim toll to 4,159 but suggesting it could be around the “apex” of the outbreak, Gov. Cuomo said.

“We could be either very near the apex or the apex could be a plateau and we could be on that plateau right now,” he told reporters Sunday in Albany. “We won’t know until you see the next few days. Does it go up, does it go down?”

Saturday marked the first day that the number of new deaths, 594, went down from the previous day, when it rose by 630. On Thursday, there were 562 new fatalities.

The state’s number of confirmed COVID cases rose to 122,031 Saturday, but the number of new hospitalizations was 574, compared to 1,095 the day before. Daily intubations also decreased.

Cuomo cautioned that it’s “too early to tell” the significance of the statewide numbers.

“There’s also a difference of opinion on what happens at the apex,” he said. “You could argue that you’re seeing a slight plateauing in the data, which obviously would be good news, because it means you’re plateaued for a period of time and then you start to come down.”

The federal government is sending 1,000 staff, including doctors and nurses to the state, according to Cuomo. He said 325 were being sent to publicly-run hospitals in New York City on Sunday.