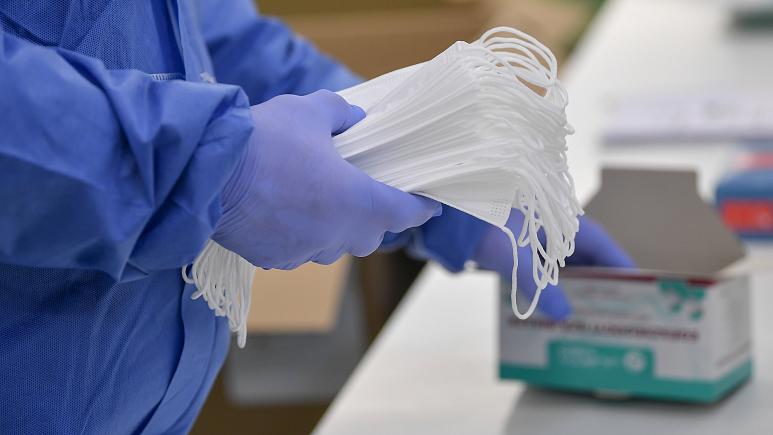 The Netherlands has recalled hundreds of thousands of face masks imported from China after they were found to be defective, the health ministry announced on Saturday.

Dutch authorities received 1.3 million face masks from China on March 21 and distributed some of them to health care providers battling against the spread of the deadly COVID-19 pandemic.

But the health ministry “received a signal that, upon inspection, the quality of this shipment did not meet the required standards,” it said in a statement sent to Euronews.

“A second test also proved that the face masks did not meet the required quality standards. It has now been decided to stop the use of this entire shipment.

The masks had a KN95 certification indicating that they should filter above 95% of particles.

According to state broadcaster NOS, the recall concerns 600,000 masks.

The ministry has assured that “new shipments will receive extra standard testing.”

The Netherlands has so far reported 9,800 confirmed cases of the novel coronavirus and 632 deaths.

It is not the only country to have imported defective medical equipment from China to tackle the disease.

Spain announced on Thursday that it would return 640,000 rapid testing kits it had purchased from a Chinese company after tests on a batch already imported had found them to have a 30% detection rate.

The government stressed that the kits were CE certified — indicating conformity with European standards — and that they had been purchased through a Spanish intermediary.

The Chinese embassy in Madrid said on Twitter however that Shenzen Bioeasy Biotechnology, the kits’ manufacturer, had not been officially licenced by the country’s authorities to sell medical products. 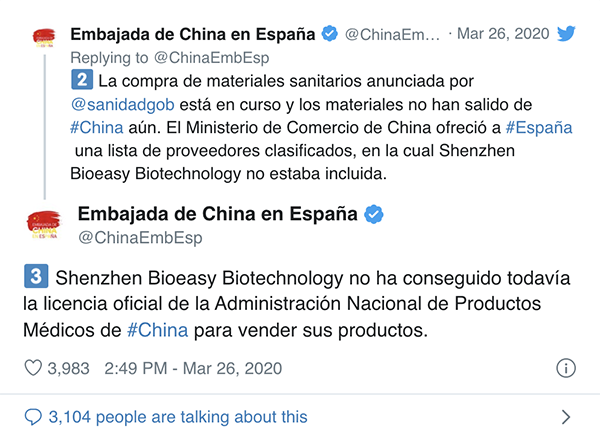 Spain is the second hardest-hit country in the world after Italy having reported more than 73,000 confirmed cases and 5,900 deaths by Saturday.

The Turkish Health Minister also revealed during a press conference on Friday that rapid testing kits samples it had received from a Chinese company did not meet the country’s effectiveness standards and that another firm, also Chinese, had instead been selected to provide the kits.

Bank of England warns of deepest recession on record