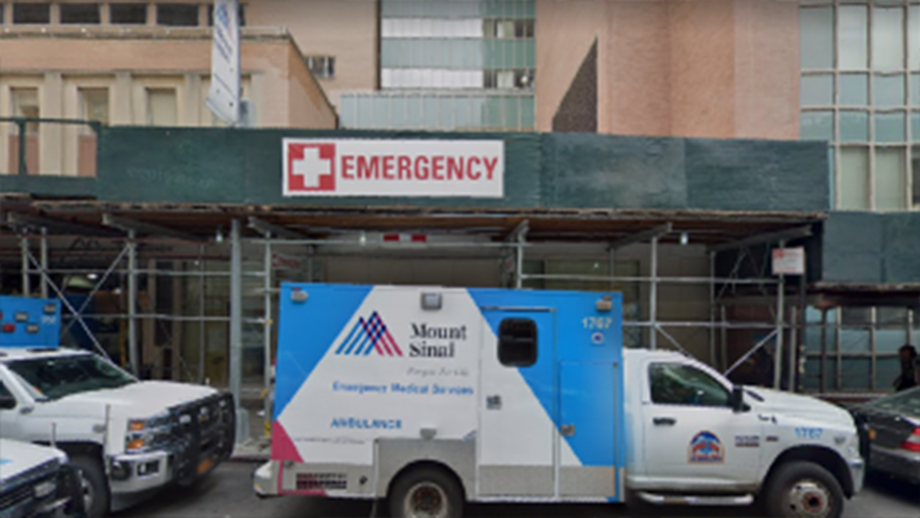 A need for safety equipment at a New York City hospital reportedly became so unbearable this week that nurses there resorted to wearing trash bags as protection against the coronavirus.

The unusual scene was documented in a photo shared on social media of three nurses inside Mount Sinai West, according to the New York Post. One of them, it added, was holding the open box where the 33-gallon bags came from.

“NO MORE GOWNS IN THE WHOLE HOSPITAL,” its caption reportedly read. “NO MORE MASKS AND REUSING THE DISPOSABLE ONES… NURSES FIGURING IT OUT DURING COVID-19 CRISIS.” 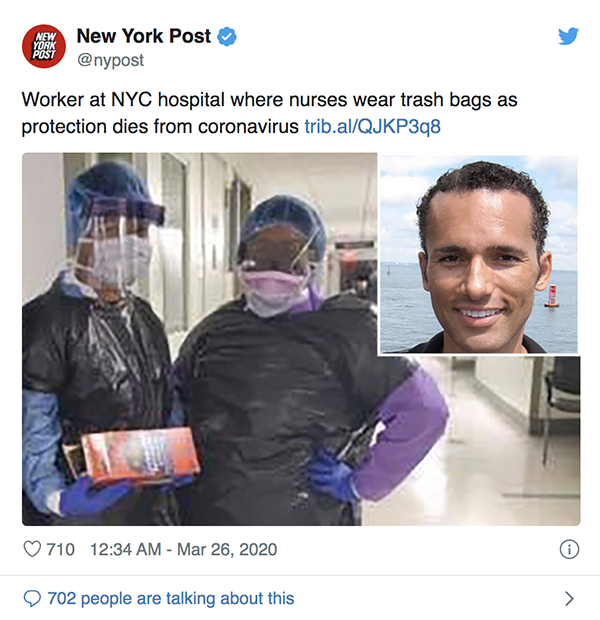 Meanwhile, one of the hospital’s assistant nursing managers, 48-year-old Kious Kelly, died Tuesday night after testing positive for the coronavirus around two weeks ago, according to the same report.

“He was in ICU but he thought he was OK. He didn’t think it was serious as it was,” said his younger sister, Marya Sherron of Indianapolis. She added that she believes he came down with the sickness while working at the hospital – and that besides living with “severe asthma,” he was healthy.

“He was willing to help others in need, especially in this coronavirus outbreak,” another nurse told the newspaper, describing Kelly as like “a brother to me.” 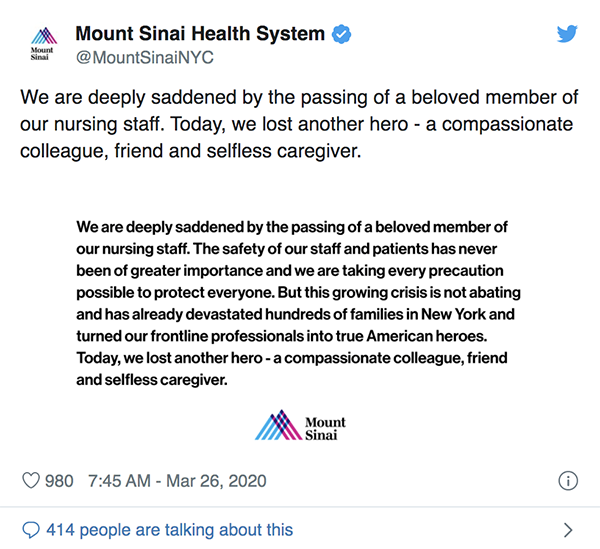 “Today, no hospital, no nurse, no doctor, can say, legitimately, ‘I don’t have protective equipment,’” Cuomo told reporters.