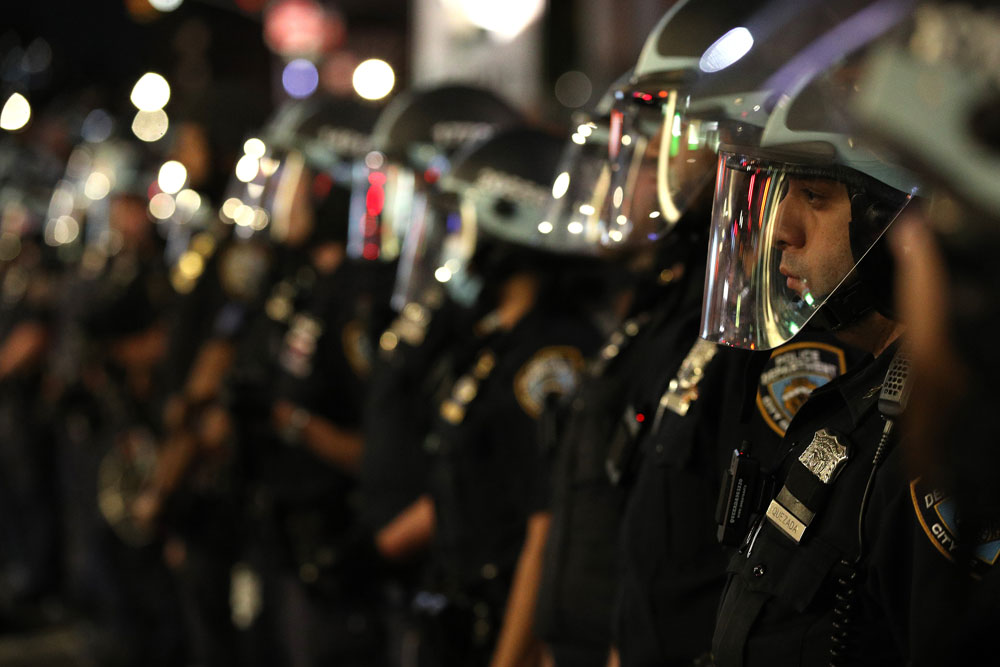 NEW YORK, NEW YORK - MAY 31: New York Police Department (NYPD) officers gather during a rally on May 31, 2020 in New York City. Protesters demonstrated for the fourth straight night after video emerged of a Minneapolis police officer, Derek Chauvin, pinning Floyd's neck to the ground. Floyd was later pronounced dead while in police custody after being transported to Hennepin County Medical Center. The four officers involved have been fired and Chauvin has been arrested and charged with 3rd degree murder. (Photo by Justin Heiman/Getty Images)

The New York Police department made more than 250 arrests during protests Sunday night into Monday morning, the department’s press office told CNN early this morning, adding that most of the arrests were made in Manhattan and Brooklyn.

At least seven officers were injured and about a dozen vehicles were damaged during the protests, the NYPD said.

Thousands of people took to the streets across the country during the weekend in both peaceful protests and violent demonstrations against law enforcement over the death of George Floyd, an unarmed black man who was killed by police in Minneapolis, Minnesota.